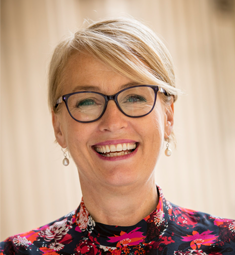 A resilient city is crucial for our community, particularly as Melbourne grows at such a rapid pace. Melbourne is Australia’s fastest growing city and is expected to be Australia’s largest city within a decade. Significant opportunities and challenges arise with this tremendous growth.

As our city grows, our urban landscape continues to evolve. Apartment and office towers are shooting up faster than at any time before. However, it is no secret that some of these new buildings have faults.

One of the most pressing human-caused disasters is flammable cladding that has been identified on buildings across the country. Not only does this issue highlight the dangers of combustible cladding, it also shines a spotlight on human behaviours that increase risk in high-rise living. Overcrowding of individual apartments, tampering with smoke alarms and stockpiling flammable materials on balconies were all found to be commonplace in many buildings.

The City of Melbourne, along with other councils across Victoria, is working with the Victorian Government to identify and mitigate the dangers from flammable cladding, but there’s no doubt that a strong national approach is needed.

However, it’s not just our built environment that needs to be taken into consideration when planning for the resilience of our city. We need to be more prepared than at any time in our history to deal with unpredictable and intense weather events.

Melbourne is experiencing more frequent and more extreme weather such as intense rainfall and heatwaves. Climate change is impacting on the city now and is going to have an even greater impact on our city in future decades – whether that is heatwaves or extreme storms.

The City of Melbourne has a strong track record of proactively managing climate change and we aim to take a national leadership role. We have a nation-leading urban forest strategy, which ensures the proactive management of the tree canopy throughout the City of Melbourne. This helps to reduce the urban heat island effect, particularly during heatwaves, and improves resilience by reducing stormwater flows during intense storms and heavy rainfall. We are using natural infrastructure such as green spaces and parklands to improve the management of shock events, such as extreme heat, but also flooding.

Increasing the tree canopy reduces the heat experienced in an area and planting the right species of vegetation can also decrease stormwater run-off. Part of this preparation includes urban planning that takes rising sea levels into account, particularly in urban renewal projects around what were previously waterfront industrial areas. Sea level rises will be a considerable issue for the City of Melbourne, with significant amounts of land adjoining the Yarra River within our boundaries. The increase in sea levels is expected to intensify flooding in some low-lying areas.

We are considering these changes in nature within our planning and development and will continue working closely with other government agencies to respond immediately to the threat of climate change. This is critical work as we come to understand the inter-dependencies between our urban areas and natural habitats such as the edges of the Yarra River.

The pressures of climate change and population growth are serious challenges for our resilience and livability. The only way to ensure we grow well as a city is to expertly plan for the future and ensure we focus on remaining a sustainable city.

Broome 6.6 magnitude earthquake: lessons identified, Mark Williams, Justin Whitney and Adrienne Moseley, Department of Fire and Emergency Services WA and Geoscience Australia On 14 July 2019, a magnitude 6.6 earthquake occurred 210 km off the coast of Broome. This event, equal to the largest recorded in Australia, has provided an important learning opportunity.
Publication: