What’s in a name? National large air tanker is named

If you ask most people who Elvis is, they’ll probably answer with ‘the King of Rock ‘n Roll’. Ask the same question to people who have faced a wall of advancing bushfire flames, and they may well say something like ‘the water-bombing helicopter that helped save my home and family’.

Over the past decade, the use of aerial firefighting has grown significantly in Australia, to the point where we now have more than 150 specialised, highly mobile aircraft positioned around the country to protect communities against bushfires. That already highly effective and sophisticated capacity has received a very major boost with the addition of the National Large Air Tanker (LAT). The LAT delivers extraordinary capabilities. This customised Boeing 737 is able to reach just about anywhere in Australia within hours and drop 15,000 litres of retardant or water on a fire when it gets there. It can do this in the edges of urban areas as well as remote and difficult-to-reach locations. It will be a major support for air and ground crews already battling a blaze and can also work in locations that other firefighting resources may not be able to access easily.

While Australia has used LATs over recent years, this aircraft is the first to be funded by the Australian Government and provides a truly national capability. That means the aircraft can be deployed to wherever it's needed whenever it’s needed based on the areas at greatest risk. An annual comprehensive assessment of the fire risk will determine where it will be based, putting it closest to the areas predicted to face the greatest threat. Having a LAT based in Australia for the earlier starts and later finishes to fire seasons will help address the increasing length of these traditional bushfire seasons.

The LAT was delivered in December 2021 as part of a $4 million funding to the National Aerial Firefighting Centre.1 The LAT will fly to anywhere in Australia within hours and drop 15,000 litres of retardant or water on a fire. Image: National Aerial Firefighting Centre

The Minister for Emergency Management and National Recovery and Resilience, Senator the Hon. Bridget McKenzie agreed that, like Elvis before it, such an impressive aircraft needed a worthy name. A competition to name the LAT was jointly organised by Emergency Management Australia, the National Aerial Firefighting Centre and the Australian Institute for Disaster Resilience. The competition was open to students from years 5 to 8 from rural and regional schools across Australia.

In the end, 3 schools shared the honour of naming the aircraft as all of them came up with ‘Phoenix’. The Year 5 students from Bishop Druitt College in Coffs Harbour and Christian College Geelong, along with Year 7 students from St Patrick’s College in Campbelltown, saw the mythological fire bird as the perfect metaphor for Australia’s new aerial firefighter.

The competition called for a great name for the LAT as well as a written a rationale explaining the choice. It wasn’t enough to just come up with a good name, all 3 class groups also identified an obvious parallel with the famous fire bird and its links to renewal and rising from the flames.

The Year 5 students of Bishop Druitt College explained their choice. ‘The lands suffered from fire but the LAT swooped in to help put the fires out, which then gave the burnt land an opportunity to grow again’.

For their efforts, the students of Bishop Druitt College, Christian College Geelong and St Patrick’s College have the honour of adding the name ‘Phoenix’ to the nation’s history books and they will also contribute to the design of the aircraft's livery. Senator the Hon. Bridget McKenzie visited the students in Coffs Harbour to announce the winners and celebrate their success. 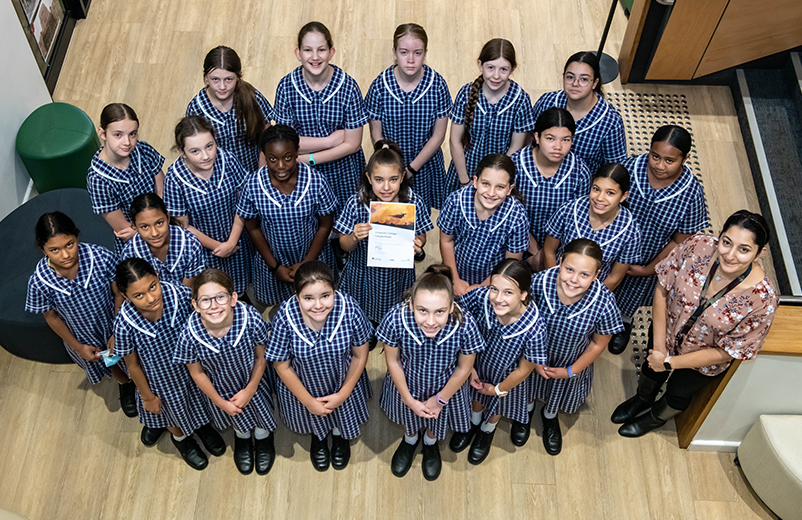 It’s not just the Year 5 and 7 students of these 3 schools who are winners from this competition. Around the nation, young people now have a greater understanding of how we fight bushfires and have spent time thinking about how we can be better prepared, as a nation and in our homes and communities.

In an ideal world, we would never need to use the 'Phoenix' and the rest of the firefighting fleet, but the reality is they will be in the air safeguarding lives and property. Future generations will have a much better idea of risk and, hopefully, what they can do to reduce risk and make communities safe and prepared.

Beyond capturing: implementing lessons learnt from the June 2021 severe weather event in Victoria In the wake of the severe weather event that ravaged much of Victoria in June 2021, the question must be asked as to what challenges and opportunities exist for Victoria's fledgling lesson management framework. This paper discusses these challenges and opportunities from the standpoint of 2 emergency management practitioners.
Publication: