Opinion: Building resilience for the unprecedented 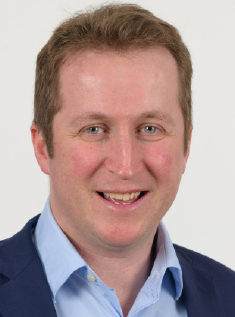 Walking the streets of Lismore in NSW, the smell of drying mud and the presence of fire and army trucks reminds me of the many floods I have travelled to Lismore to research over the last 2 decades. Lismore is no stranger to floods and its homes and businesses have frequently been exposed to them.

In 1974, there was severe flooding across much of Australia’s eastern coastline. The height of this flood is prominently displayed across the town and, in places, the water was metres deep. Flooding in 2017 overtopped levees, flooding the entire CBD. However, many homes escaped the worst of that flood as they had been raised above the flood peak.

But this time it was different. Flooding was higher and more devastating. When I visited Lismore, 3 weeks after recent flooding, almost all businesses were closed, stores completely stripped bare and many with their fronts boarded up. In south Lismore, some buildings were destroyed and every home had a large pile of muddy possessions on the nature strip destined for landfill. Many homes were deemed uninhabitable. In north Lismore, flood depths reached the top of power poles. Similar devastation was repeated across the Richmond Valley, the epicentre of a flood emergency, stretching across south-east Queensland and NSW. Since the La Niña event was declared in November 2021, floods have claimed many lives and caused several billions of dollars in damage.

The height of the flood peak at Lismore was a new record, but the risks were foreseeable. The recent Lismore Floodplain Risk Management Study, for example, provides mapping for flood levels like those experienced in this flood. People choosing to shelter in their homes, thinking flood waters would not reach their floor level, has been a common challenge for the SES in previous floods. The chronic shortage of affordable housing and the high prices of insurance cover complicate long-term recovery efforts and are well-known issues.

We expect severe weather events to worsen. In a warming climate, the atmosphere can hold more moisture and rising sea levels will increase coastal flooding and erosion. Australia’s current planning laws allow development in flood-prone areas. We cannot look to the past to predict the future. It is critical that we anticipate and prepare for the unprecedented.

Floods are perhaps the most manageable of all natural hazards. A key principle in planning for them is to consider all magnitude of floods up to the largest possible known as the Probable Maximum Flood.

Australia spends 97% of public money on recovery and only 3% on preparation and mitigation. However, flood mitigation could play a greater role in reducing flood damage and lowering insurance premiums. For example, when a levee was constructed in Roma in Queensland following the 2011 flood, insurance premiums dropped by about 50%. For this flood, levees at Grafton and Maclean prevented inundation and the operation of Wivenhoe Dam above Brisbane lowered the city’s flood levels. Streets in Lismore were piled with flood-damaged materials and possessions. Image: Andrew Gissing Levees and dams do not eliminate flooding entirely. Warning systems, emergency planning, community engagement, resilient infrastructure and the flood-proofing of structures are critical to an integrated management approach. Improvements to warning systems for flash flooding and repairing buildings with flood-resilient materials should be an immediate priority.

Some 65% of deaths have been associated with vehicles in floodwater. More must be done than simply telling motorists not to drive through floodwater. We must adopt stronger engineering, warning and enforcement approaches to complement behaviour-change programs.

Elimination of flood risk entirely is only possible by removing homes and businesses from floodplains. Land swaps, for example in Grantham after the 2011 flood, meant that there was less damage when it flooded this time. However, the purchase of flood-prone properties in Lismore alone would likely cost over one billion dollars and take decades to complete. Given the expense, voluntary purchase is typically used for only the highest risk homes. But as risks increase, such investments may become necessary.

Working with communities about flooding is important. This should include education about severe floods that have not historically happened. Community leadership to create resilient communities should be encouraged. This means, where appropriate, supporting communities to design their own resilience strategies.

Our communities have stepped up, led by community-based organisations. These organisations could be funded to build resilience within communities alongside local governments by addressing underlying vulnerabilities that worsen disaster effects. Despite calls for a full-time disaster force, the volunteer-based SES will likely remain the core of flood response efforts. They should be resourced to play a leading role as part of a nationwide, whole-of-community approach to emergency management.

Most importantly, we must address future flood risk. Typically, local governments have adopted the one-in-100-year flood to define where controls for residential development should apply. These controls must be risk-based. We must also consider policies that encourage development in flood-free or low-flood-risk areas. A substitution test, which tests if a development could occur on land of lower flood risk, similar to that used in the United Kingdom, could be considered.

This is an urgent challenge. We must prepare with individuals and communities for the inevitable and unprecedented disasters of our future. Everyone has a part to play.

Andrew Gissing is a General Manager at Risk Frontiers and an Adjunct Fellow at Macquarie University.