Whakaari/White Island, located 50 km offshore and north of Whakatāne in the eastern Bay of Plenty, Aotearoa New Zealand (Figure 1), is the country’s most active volcano. For more than a century, it has been in a state of constant unrest punctuated by small but hazardous eruptions. Often, the volcano emits a plume of water vapour and gases that are visible from the mainland. Residents of Whakatāne were reminded of Whakaari’s ‘volcano breath’ when a rare ‘vog’ episode occurred on 9 November 2021.

Vog (a portmanteau of the words ‘volcanic’ and ‘fog’ or ‘smog’) is hazy air pollution caused by volcanic gas emissions. These are primarily water vapour, carbon dioxide (CO2) and sulfur dioxide (SO2), with smaller amounts of other gases such as hydrogen sulfide (H2S). In the atmosphere, SO2 reacts with oxygen, moisture and sunlight to form tiny particles known as sulfate aerosol, which scatter light, causing a visible haze. Vog refers to the mixture of unreacted SO2 gas, which is a strongly acidic irritant and tiny particles, which can travel deep into the lungs. Much of our knowledge about the health effects of vog comes from Hawai'i,1 where residents of the Big Island downwind of Kīlauea volcano have lived with vog for many decades. Occasionally, vog is experienced in Honolulu, approximately 340 km away. During major eruptions of Kīlauea in 2018, vog reached the Marshall Islands, 3,700 km away.2

Vog is a rare phenomenon in Aotearoa New Zealand, primarily because the most actively degassing volcano, Whakaari, is located 50 km offshore and the prevailing winds are westerlies (Figure 1). However, on 9 November 2021, conditions aligned so that vog was experienced on the mainland. The Whakatāne Beacon described an ‘eerie haze and smell of sulfur’ enveloping the eastern Bay of Plenty on the afternoon of 9 November. There were widespread comments in social media of people perceiving the haze (Figure 2) and the distinctive smell, but few, if any, accounts of typical adverse health effects occurring, such as headaches, stinging eyes or shortness of breath. It is probable that the gas smelled was hydrogen sulfide (H2S) as this gas has an extremely low odour threshold and is more stable and unreactive in the atmosphere than SO2. 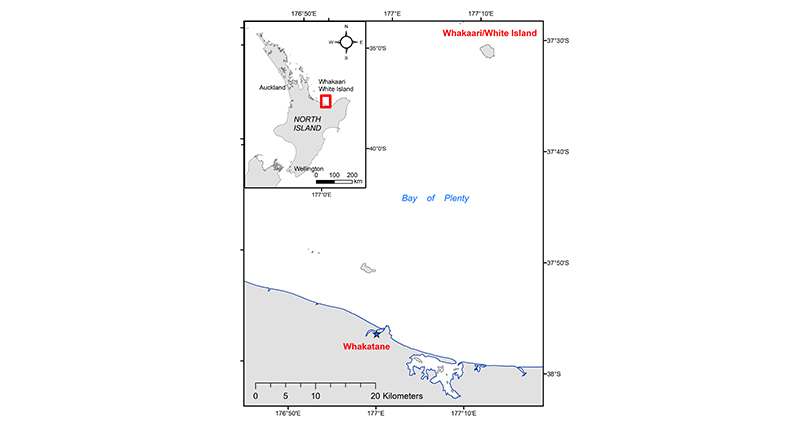 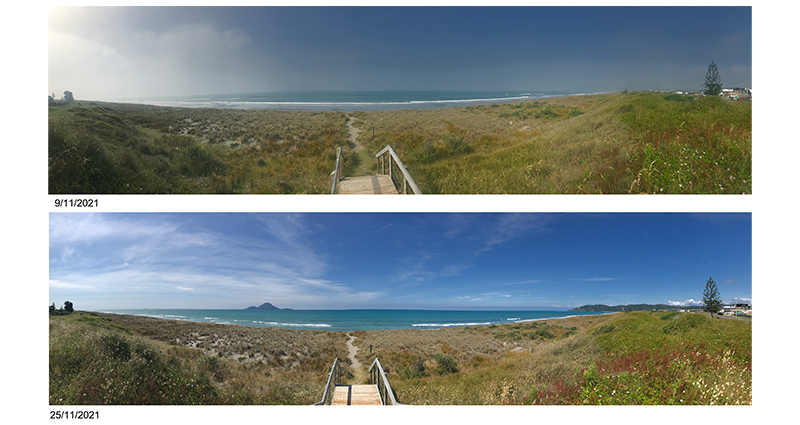 Figure 3: Wind speed (in km/hour), wind direction (in degrees) and PM10 concentrations (in µg/m3) at the Kopeopeo monitoring station, Whakatāne, between 6am and 6pm on 9 November 2021. Data source: Bay of Plenty Regional Council

As vog is partially comprised of small particles, it may be detected by airborne particulate monitoring instrumentation. The Bay of Plenty Regional Council has an air quality monitoring station in Kopeopeo, Whakatāne, which collects data on windspeed and direction, air temperature, relative humidity and PM10 (airborne particles smaller than 10 micrometres, or 0.01 mm, diameter). On 9 November, the wind swung around to blow from the north between 8am and 9am and persisted from the north to northeast direction into the afternoon while windspeeds remained low, mostly between 5–10 km/hour. Over this time, the PM10 concentration built up steadily to a maximum of 70 µg/m3 at 3:20pm, after which it declined again as the wind swung around to an easterly (Figure 3).

While this maximum PM10 concentration was the highest 10-minute average recorded at the monitoring station over the 3-month period October to December 2021, it is unlikely to have been of much importance as a health hazard, because the 24-hour PM10 concentration for 9 November of 22.9 µg/m3 was comfortably below New Zealand’s 24-hour National Environmental Standard of 50 µg/m3. This is generally consistent with the lack of reported adverse effects of the vog in social media accounts (e.g. GeoNet Facebook of 9 November 2021).

In addition to the light onshore winds, temporarily increased degassing from Whakaari was probably also a contributing factor. Emissions of CO2 SO2 and H2S gases from Whakaari are currently assessed by GNS Science using an upwards-looking spectrometer while flying transects under the plume and by analysing samples with other spectrometers while flying through the plume at different altitudes. The 2 November 2021 gas flight reported 681 tonnes/day, over twice as high as its long-term baseline rate of 200–300 tonnes/day. This decreased to 484 tonnes/day by the next gas flight of 18 November.3 Data collected by GNS Science during the past 10 years show that the amounts of gases discharged from Whakaari vary substantially within periods as short as a few weeks.

Future combinations of light onshore winds and increased degassing from Whakaari are likely to lead to ‘volcano breath’ being experienced on the New Zealand mainland again. Emergency managers can allay public concerns with the provision of evidence-based public messaging.4 People should be advised to limit their exposure to vog by staying indoors, keeping doors and windows closed and avoiding the use of heat pumps or air-conditioning units that draw in air from outside. While indoors, people should also protect indoor air quality by not smoking or burning candles or incense and only using gas-burning appliances flued to the outside. People more sensitive and more likely to experience health effects include those with asthma or other respiratory conditions, people with cardiovascular disease, older people, babies and children and new or expectant mothers.

People concerned about their health or that of a family member during a vog episode should call their family doctor (in New Zealand) or the NZ Healthline 0800 611 116.

What’s in a name? National large air tanker is named If you ask most people who Elvis is, they’ll probably answer with ‘the King of Rock ‘n Roll’. Ask the same question to people who have faced a wall of advancing bushfire flames, and they may well say something like ‘the water-bombing helicopter that helped save my home and family’.
Publication: