Over 1500 children and young people shared their thoughts in Australia’s largest youth consultation on disaster risk and climate change. The results of Our World, Our Say will be published in a report developed in collaboration with young people.

Young people are feeling the effects of disasters more than ever. The Black Summer bushfires of 2019–2020 dominated the headlines during the school holiday period. Young Australians experienced the destructive impacts of fire on people, property and the natural environment in their own communities, in destinations they were visiting or passing though, and in smoke-polluted settings well beyond the fireground. On their return to school, bushfires, floods and cyclone had forced closures of schools and interrupted learning in many states.

The Sendai Framework for Disaster Risk Reduction 2015–30 recognises that children and young people are agents of change and should be given the appropriate mechanisms to contribute to disaster risk reduction. The survey, Our World, Our Say, contributes to that obligation.

Will Mezner who leads youth engagement at World Vision Australia said, ‘Children have the right be safe, to be heard and to participate under both the Convention on the Rights of the Child and the Sendai Framework.

‘Many children have faced evacuations, school closures or had other first-hand experiences of hazards. Even more have seen unfolding disasters in the media, imagining a future where this unpredictable fire, drought, hail and flooding is the new normal and wondering what leaders will do about it,’ he said.

The survey was open to young people aged between 10 and 24 and included questions about climate change, natural hazards and disaster risk in Australia. The survey identified the actions that young people and their communities are already taking, their priorities for action as well as personal experiences and awareness of disaster risk. The survey also assessed whether young people felt their views and experiences had been listened to and respected by significant adults. 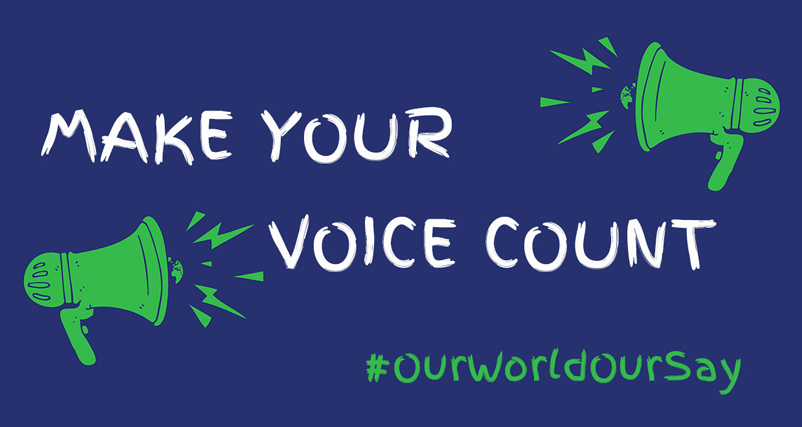 Will Mezner said children and young people are integral to the disaster risk and climate change conversation.

‘We can’t address climate and disaster risk without children and young people having a seat at the table,’ he said.

The Our World, Our Say coalition was led by the Australian Institute for Disaster Resilience with World Vision Australia and in partnership with Oaktree, Plan International Australia, UNICEF Australia and Save the Children.

The survey results will be consolidated, analysed and published as a report on the views and perspectives of children and young people in Australia.

The Community Trauma Toolkit: helping adults and children before, during and after trauma, Jessica Masters, Australian National University Exposure to disaster is unfortunately common for children. To help children and young people affected before, during and after these events, Emerging Minds and the Australian National University developed resources that provide information and activities to help people work with children during traumatic times.
Publication: