The prevalence of companion animals as ‘assistance’ animals is increasing in public places in Australia and New Zealand. How might this undermine the important role assistance animals play and how might it dilute their standing for inclusion in emergency planning and during disasters?

While wandering inside the shopping mall in Townsville, north Queensland, I noticed a small white dog on a leash. As the dog weaved a random path in front of its attached human, I wondered if, with such poor discipline, it was pet or an assistance dog. Surely, it must be a pet as it was stopped and patted by passers-by. Why is a pet being allowed inside the shopping mall? Then I saw it was wearing a vest saying it was an ‘assistance dog’. This was no assistance dog. It was more likely to be a much-loved pet whose owner had purchased one of the hundreds of fake service dog vests and identification cards available online. Who am I to question someone’s medical history or impairment and demand they require an assistance animal or not! This is the dilemma not just for the public, but for those working in evacuation centres when evacuees present their companion animals falsely as legitimate assistance dogs.

Assistance dog fraud is not new, but only in the Northern Territory and the Australian Capital Territory is it illegal to pretend a dog is a bona fide assistance dog when it is not. In other states, it is legal for people to purchase, without verification, a range of assistance dog identifications and paraphernalia. 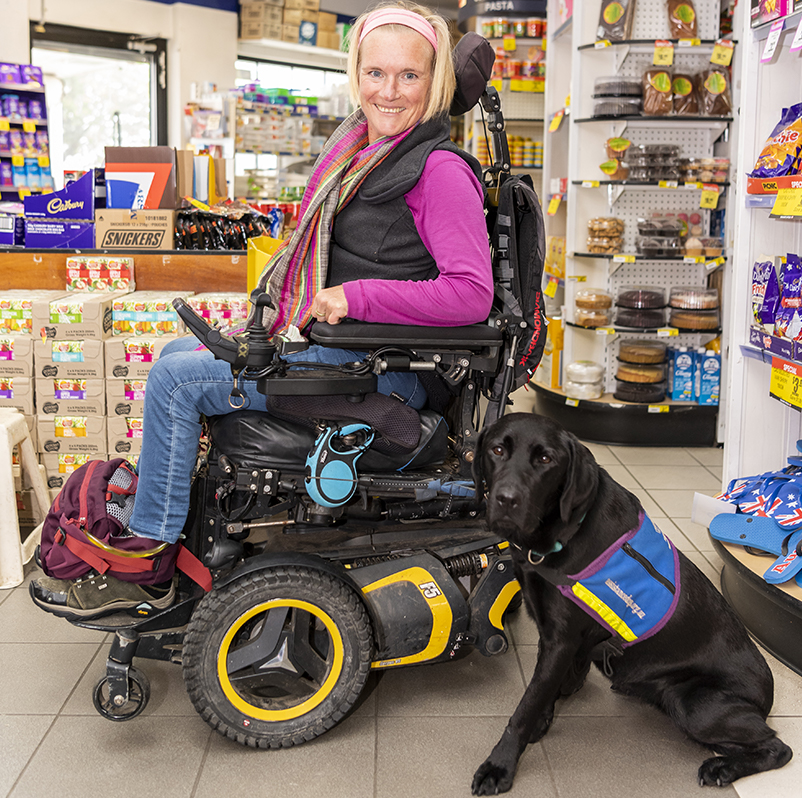 Under the Disability Discrimination Act 1992 (Cth), assistance dogs are specifically defined and are afforded guaranteed access to all public places in Australia. This federal law is supported by state and territory laws that provide further provisions for assistance dogs to be recognised. However, there is no national form of identification and assistance dog organisations prescribe their own identification. This makes the job of evacuation centre workers even more difficult to distinguish what dogs are bona-fide assistance dogs and which are not. 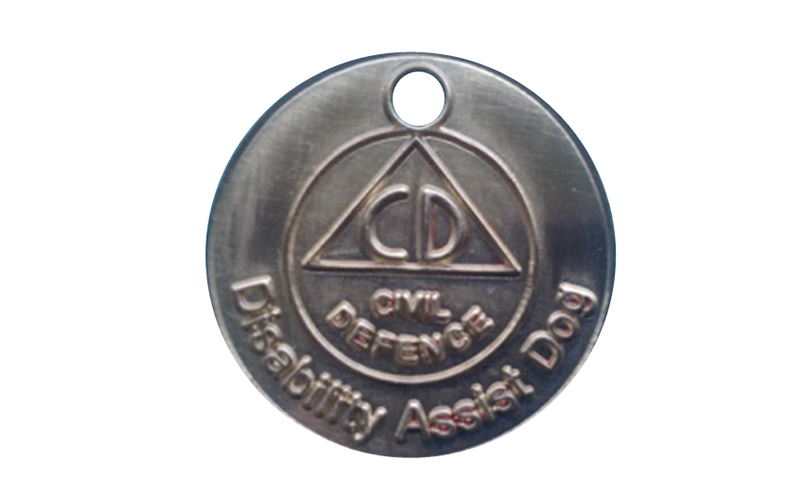 In response to the lessons of the 2010 and 2011 Canterbury earthquakes, I led a national project at the New Zealand Ministry for Social Development to create the world’s first national-level disability assistance dog emergency management identification tag.5 The Honourable Nikki Kaye, the then Minister of Civil Defence, launched the tag system in December 2013. She said:

In an emergency, the tags will make it easy for certified disability assist dogs to be identified and remain with their owners or, if they become separated, to be quickly reunited.6
The Honourable Nikki Kaye MP (NZ)

Unlike New Zealand, Australia faces a challenge to replicate the identification tag. Australia does not have a regulatory protected civil defence (emergency management) logo that can provide the legal basis for preventing mis-use of the identification. However, an Australian assistance dog tag system that has regulatory protection could be established using the Commonwealth Coat of Arms that has legal protection. Under section 143.1 (1)(a) the Criminal Code Act 1995, there may be scope to classify such a tag as a Commonwealth ‘document’; that being any paper or other material on which there is writing.

Given the legal frameworks that exist for recognising bona fide assistance animals and the protection of the Commonwealth Coat of Arms, the parts of the jigsaw required to address assistance dog fraud is an opportunity that should be explored. Until then, the challenge of distinguishing pets from legitimate service animals will remain a problem for emergency managers and the assistance dog user community.

4. Good GA, Phibbs S & Williamson K 2016, Disoriented and Immobile: The Experiences of People with Visual Impairments during and after the Christchurch, New Zealand, 2010 and 2011 Earthquakes, Journal of visual impairment & blindness. American Foundation for the Blind, New York, vol. 110, no. 6, pp.425–435.

Assistance dogs new digital ID cards, Richard Lord An 'assistance dog' is a dog specially trained and accredited to assist a person with a disability and that has met the state standards for public access rights. How can these animals be easily identified during emergencies when speedy co-evacuation of assistance animals is required?
Publication: