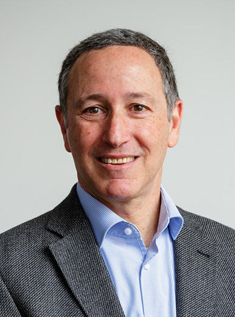 In the not too distant future, when the history of the COVID-19 pandemic response is written, it will conclude that the world was woefully unprepared for the scale and effect of the virus—but not because of inadequate early warning.

Health experts have, for many decades, urged governments to take the threat seriously and the H5N1, H1N1, SARS and MERS outbreaks in the years preceding the pandemic should have increased the sense of urgency. A long-term, well-funded global plan was needed to reduce pandemic risk. Instead government funding was incremental and short-lived, triggered by the earlier novel disease outbreaks and fading as the crises caused by them subsided.

That’s a pattern very familiar to the disaster management community. During and immediately following disasters, media and political interest is high and governments are under enormous pressure to act, including by demonstrating that they are reducing the risk of future similar disasters. The funding initially flows freely, but then dwindles as the attention and political pressures diminish.

Most of the global progress in disaster risk reduction over the past decades has proceeded in this way: incremental improvements made in the immediate aftermath of disasters. But this is clearly not the way to significantly reduce the risks of a global pandemic nor to implement the revolution in risk management called for in the Sendai Framework for Disaster Risk Reduction 2015–2030.

However, the scale and frequency of disasters can alter this equation. The bigger the disaster, the more likely the response will involve systemic and strategic improvements. This will almost certainly be the case after the (already) unprecedented global impacts of COVID-19, in areas such as improved disease surveillance, strengthened healthcare systems and rapid vaccine development and distribution. It also applies to Australia’s recent unprecedented bushfires, which led the Prime Minister to announce initiatives to strengthen the Australian Government’s authority in large disasters and its capacity to respond through changes to how it uses the Australian Defence Force.

Not surprisingly, countries that experience frequent natural hazards, such as The Philippines and Bangladesh, have already incorporated some aspects of disaster risk management fundamentally in their economic, social and development planning and investments. Queensland has moved further than other Australian states and territories in this direction because it is the most exposed to natural hazards. In the past three years, for example, over half of the state’s 77 local government areas have experienced three or more disasters requiring emergency financial support from federal and state levels.

Given that climate change is already increasing the scale and frequency of both sudden-onset and slow-onset hazards, pressure will build for many more strategic and systemic changes across jurisdictions to reduce disaster risk.

At the core of these efforts is the requirement to strengthen the resilience of Australian communities. Accomplishing this will require governments and other actors to engage closely with communities to identify challenges and design and support appropriate responses.

This issue of the Australian Journal of Emergency Management focuses on community-level engagement. It includes important insights from existing initiatives that are useful reference points for our efforts to build community resilience in the years ahead. Communities play an essential role in reducing the effects of disasters. We saw this in the recent bushfires, when neighbours helped each other battle flames, evacuate the vulnerable and feed and shelter the displaced. Over 90 per cent of firefighters were community-based volunteers.

Much government messaging in the current pandemic has focused on the need for ‘social distancing’ measures, such as prohibiting community gatherings, closing schools and quarantining suspected cases, which has inadvertently disempowered local community action. It has sent the subliminal message that ‘community’ itself is a threat. In spite of this, people in communities are finding ways to support each other by dropping off food and connecting virtually. No doubt this will be a conclusion reached in some yet-to-be-written history of Australia’s response to COVID-19: in a pandemic governments need to support community engagement in the response and social distancing doesn’t have to mean social isolation. 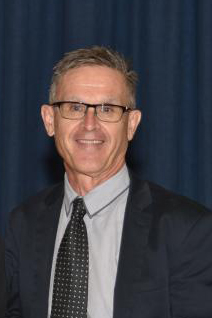 It is with sadness that many in the sector learnt of the passing of Professor Kevin Ronan in late March.

Kevin was one of the leading researchers globally in child-centred disaster risk reduction and was well known to many authors in this edition of the Australian Journal of Emergency Management. As a former member of the journal's Editorial Advisory Board and a regular author of articles over many years, his contribution was immense.

Kevin was an inspiring mentor, leader and colleague to many from his base at Central Queensland University that reached out across Australia and beyond. His work as a key researcher in the Bushfire and Natural Hazards CRC adds to his lasting legacy. His dedication to the cause of the role that children can play in the reduction of disaster risk played out on the world stage where he was one of the lead authors on the science of child-centred disaster risk reduction input to the 2015 Global Assessment Review. This review fed into the UNISDR Sendai meeting and went on to form an integral part of the Sendai agreement.

Kevin’s insight, knowledge and mentorship will be greatly missed. The team at the Australian Journal of Emergency Management sends their deepest condolences to Kevin’s family as well as friends and his wide group of colleagues in academia and the emergency management sector.

International guide to value and engage children and youth in disaster risk reduction, Mami Mizutori, United Nations Office for Disaster Risk Reduction In Australia, and around the world, disasters disproportionately and often severely impact on children and youth. New international guidelines have been developed and refined to give worldwide access to expertise, communities-of-practice and networks of disaster risk reduction practitioners.
Publication: