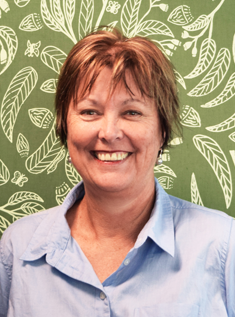 Disaster risk reduction is critically important in the Northern Territory, with communities regularly exposed to the destructive power of natural hazards.

The Northern Territory is susceptible to the full range of disasters experienced in Australia and destructive bushfires, cyclones, floods and storms occur with regularity. Due to these factors, essential services are regularly affected by single points of failure.

I have been involved in emergency management roles in the Northern Territory for over 15 years. I was chair of the Australia and New Zealand Emergency Management Committee Recovery Subcommittee for several years, which developed the National Impact and Assessment Model and the Monitoring and Evaluation Framework. Both are used today to assess the impacts of disasters.

While working as the Director of Security and Emergency Recovery, I led the development of several key emergency management projects. One project reviewed sheltering options in the event of a cyclone across the Top End. This project identified how many residents could safely shelter in the community during a cyclone event. This progressed to evacuation centre planning for up to 5000 people for an extended period of time.

These plans came into their own when the small community of Daly River was flooded and residents evacuated, and when the community of Warrawi was twice evacuated by air due to the threat of tropical cyclones. Warrawi is a small Indigenous island community with a population of 400 located 300 km east of Darwin. The community had been identified as at high risk in a cyclone, mainly due to the lack of safe shelter.

Warrawi was also evacuated during Tropical Cyclone Lam, which turned towards land directly over the island community of Galiwinku as a Category 4 cyclone. The communities of Milingimbi, Ramingining and, to a small extent, Maningrida as well as numerous outstations were badly damaged.

The challenges to assist these very remote communities from a recovery perspective were numerous. The first impact assessments identified between 200 and 600 residents in Galiwinku who needed emergency accommodation. The evacuation centre planning undertaken previously was flipped when community elders requested that no local people could be evacuated and that they should be supported on community. This was at a time when there was a ‘boil water’ alert, sewage systems were overflowing when power was cut due to damage to the system, asbestos was spread across the communities from destroyed buildings and large mahogany trees had fallen across homes, roads and power lines. The only way to access these communities was by air or sea.

The evacuation centre model set up on Galiwinku used a base camp on loan from NSW Rural Fire Service that was set up on the community oval. Within weeks of residents moving into the camp, Tropical Cyclone Nathan threatened the community of Galiwinku and the camp was demobilised. The cyclone shelters were re-opened and residents again sheltered from the cyclone. The camp was re-established within a week and continued to operate for three months.

Since then, cyclone shelters have been constructed in Ramingining and Warruwi. When a cyclone threatened the communities in 2018, there were enough safe sheltering options for residents to stay in place. New homes and infrastructure are constructed to cyclone building standards in the remote communities to reduce the risk to residents.

The predicted climate outlook is a good indicator that floods, cyclone and extended fire seasons are to be expected. For a small jurisdiction such as the Northern Territory, managing the scale of risk with limited resources will continue to test policy makers and bean counters. Improvements in our disaster risk reduction activities may appear slow due to the scale of work required, but when you look at what has been achieved over the years it is pretty amazing. The Northern Territory has major road and rail linkages and Darwin now has two hospitals. The generation network continues to improve its resilience and local councils have identified trees that are less vulnerable in cyclones. In June 2020, Bushfires NT moved into a new headquarters in the rural area in time for the next fire season.

Overcoming systemic vulnerability through the National Disaster Risk Reduction Framework, Hon David Littleproud MP, Minister for Agriculture, Drought and Emergency Management Australia is facing disasters, which are increasing in both their frequency and intensity. Driven by a changing climate, these disasters require a coordinated, collaborative and national response to reduce impact and severity.
Publication: