Can your community cope with rising tides?

As Texas and the Caribbean recover from the North Atlantic hurricane season, it is time for coastal communities to reflect on what makes a resilient community in the face of more frequent storm events, rising sea levels and changing coastal flooding patterns. How would you be affected? Would we fare any better in Australia?

In 2016, many Australians experienced the power of the sea with coastal storms battering houses along the east coast of Australia as well as destroying jetties and smashing beaches in South Australia. Another sort of flooding is emerging abroad—nuisance flooding—that is causing disruption to people and infrastructure in US cities like Annapolis and Miami Beach.

Rising sea levels and changing coastal flood patterns place increasing pressure on governments, business and residents to minimise impacts on people, properties and the environment. As Australia debates national energy reform and strives to meet emissions targets under the Paris Agreement,1 it is imperative that planning continues for sea level rise, which will continue regardless of future emissions stabilisation.

Preparing communities for sea level rise and increased coastal flooding is a difficult task. Scientists know that change is underway, but exactly how much will come this way is uncertain. Do coastal authorities prepare for a sea-level rise of 20 centimetres or half a metre? What population change will occur? The extent and timing of such change may be uncertain, but that doesn’t mean communities can’t start planning for it now.

The legacy of existing infrastructure

A 2011 report by the Department of Climate Change and the Energy Efficiency2 suggests billions of dollars of infrastructure in Australia could be threatened by rising sea levels by the end of the century. Although such timeframes appear distant, planning and  development decisions made now have consequences many years down the track. Coastal infrastructure such as roads, utilities, rail, residential and commercial buildings often last between 20-100 years and influence future developments within communities.

Over the coming decades, existing coastal infrastructure in vulnerable communities will be tested as sea level rise drives frequent inundation and erosion events. This can cause direct and indirect losses to coastal residents, businesses and government.

Climate change will not only affect infrastructure, it will affect beaches and access to other coastal environments. It will have real  impacts on where people socialise and undertake recreational activities.

To better understand what aspects of people’s lives are important, where certain values are associated with coastal landscapes and what groups of people might be most disadvantaged by sea level rise, a study3 was undertaken in a peri-urban seaside suburb in Tasmania. The study showed that, overall, the natural environment and the lifestyle it affords was most important to residents. Such values were consistent with those identified in other south-eastern Australian studies.

The study segmented the seaside community into six groups based on life stage, lifestyles and unique social values. This provided an understanding of how people in the community might be affected differently by sea level rise.

The study found that while the local beach had high importance and recreational value to families and active younger residents, for others (e.g. community-minded volunteers or retirees) man-made features such as community halls and ovals were of greater importance as they facilitated important social interactions for these people. These considerations are commonly not well accounted for in traditional risk assessments and planning.

The study suggests that segmenting the community into groups to support adaptation planning can help to cater for the needs of  everyone in the community. It can also improve the fairness of adaptation plans by better assigning the costs and benefits of  adaptation, both socially and economically.

How does a resilient coastal community adapt?

Local knowledge about the social as well as physical effects of sea level rise can help design coastal adaptation plans.

In an earlier study,4 by comparing characteristics of current adaptation practice in Australia with two state-of- the-art methods from abroad, four key principles were identified to improve long-term planning in the face of uncertain coastal change: 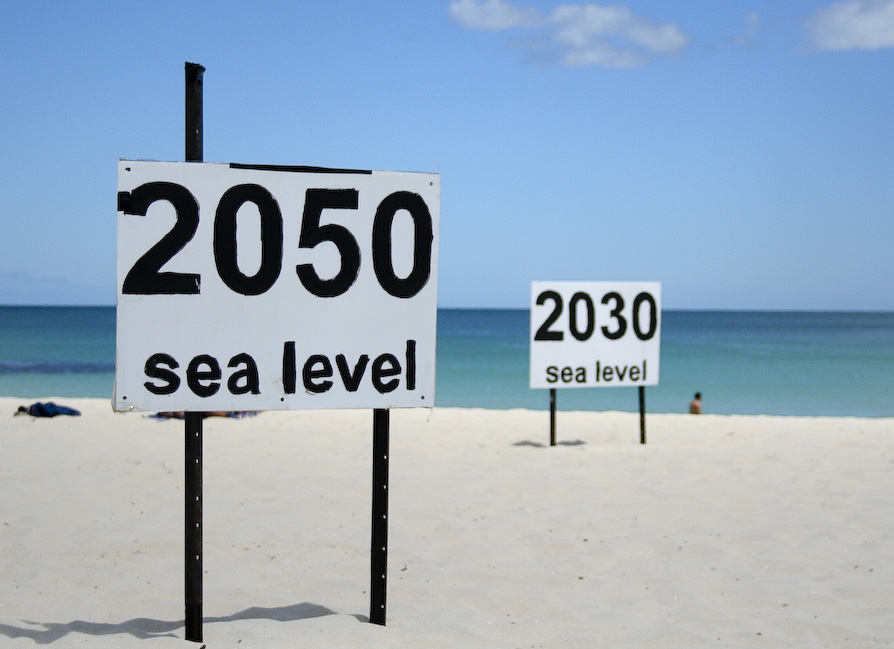 This article first appeared on the OzEWEX website and has been reproduced with permission. It has been modified to reflect the  passage of time and is based on A review of methodologies applied in Australian practice to evaluate long-term coastal adaptation options, Climate Risk Management, June 2017 and Advancing values-based approaches to climate change adaptation: A case study from Australia, Environmental Science and Policy, July 2017.

Evaluating disaster recovery programs – Sunila Srivastava In 2012, the Council of Australian Governments (COAG) endorsed recommendations to improve the methods and the evaluation of payments made for disaster recovery efforts. Progress on these recommendations has resulted in two national measures; the National Impact Assessment Framework and the National Monitoring and Evaluation Framework.
Publication: