The impact of the Lancefield-Cobaw fire on community recovery

In October 2015, a Department of Environment Land Water and Planning (DELWP) planned burn in the Cobaw Forest, north-west of Melbourne, breached containment lines and formed the Lancefield-Cobaw fire. The fire burnt 3000 hectares through public and private land, destroyed four houses and many outbuildings, affected 140 properties including 123 kilometres of fences and caused significant disruption to Lancefield, Cobaw, Benloch and surrounding communities. A multi-agency recovery effort began before the fire was contained.

The community was angry and upset. For some people, this was the second time in ten years that they had been exposed to an ‘escaped’ planned burn from the Cobaw Forest. They wanted compensation for the damage to their properties and livelihoods, and they wanted answers.

The Victorian Government responded swiftly and DELWP was ‘front and centre’ for recovery efforts and established an independent investigation. However, the initial level of resourcing of the recovery project did not align with community expectations nor meet operational requirements.

At a community meeting on 19 November 2015, Adam Fennessy took an important step by apologising for the fire event and its impact on the community. This proved to be a pivotal moment in creating trusted and positive relationships with affected landholders and the community generally.

The community was surprised by the apology. The media led with the story at hourly news bulletins. While many community members were grateful that the Secretary had accepted responsibility and acknowledged the consequences of the fire, others were sceptical and questioned what outcomes might result.

DELWP owned the mistakes made by implementing recommendations that resulted from the independent investigation. In this way, the anger expressed in the community and the growing anxiety was acknowledged. The department’s approach set the scene for a positive way to move forward.

The apology was also a turning point in DELWP’s relationship with the community as well as other government departments and agencies that were working on land stabilisation and recovery activities.

DELWP took responsibility for the damage caused to the environment, personal property and the community, and acknowledged the community’s anger.

A key outcome of the independent investigation was to establish the DELWP Community Charter. DELWP places strong focus on continual improvement based on feedback from all community members.

The Inspector-General for Emergency Management report Independent Investigation of the Lancefield-Cobaw Fire (November 2015) recognised the importance of community engagement, changes to structures, systems and processes and building stronger relationships with the community. As a result, the Safer Together program was developed and implemented in local areas. DELWP has also set up a state-wide recovery project to address issues that arose from the Lancefield-Cobaw fire as well as other recovery events.

The partnership approach adopted among various agencies has been an effective way to coordinate and deliver recovery activities. DELWP ensured it was involved in the community recovery, including aspects of community development and welfare support.

While there have been many operational challenges, it was the complexity of dealing with so many people at various stages of the recovery cycle that posed the biggest challenges for staff, but provided the most significant rewards.

Since that time the communities of Benloch, Lancefield and surrounding areas have made significant progress in their recovery. They work with agencies and each other to identify and address bushfire risk and participate in the Community Based Bushfire Planning program.

The apology by former Secretary Adam Fennessy led to an open, honest and constructive environment allowing community discussions, interactions and effective engagement. The dedication, resilience, patience and sheer hard work of many staff, contractors and community members has led to the recovery of the community. 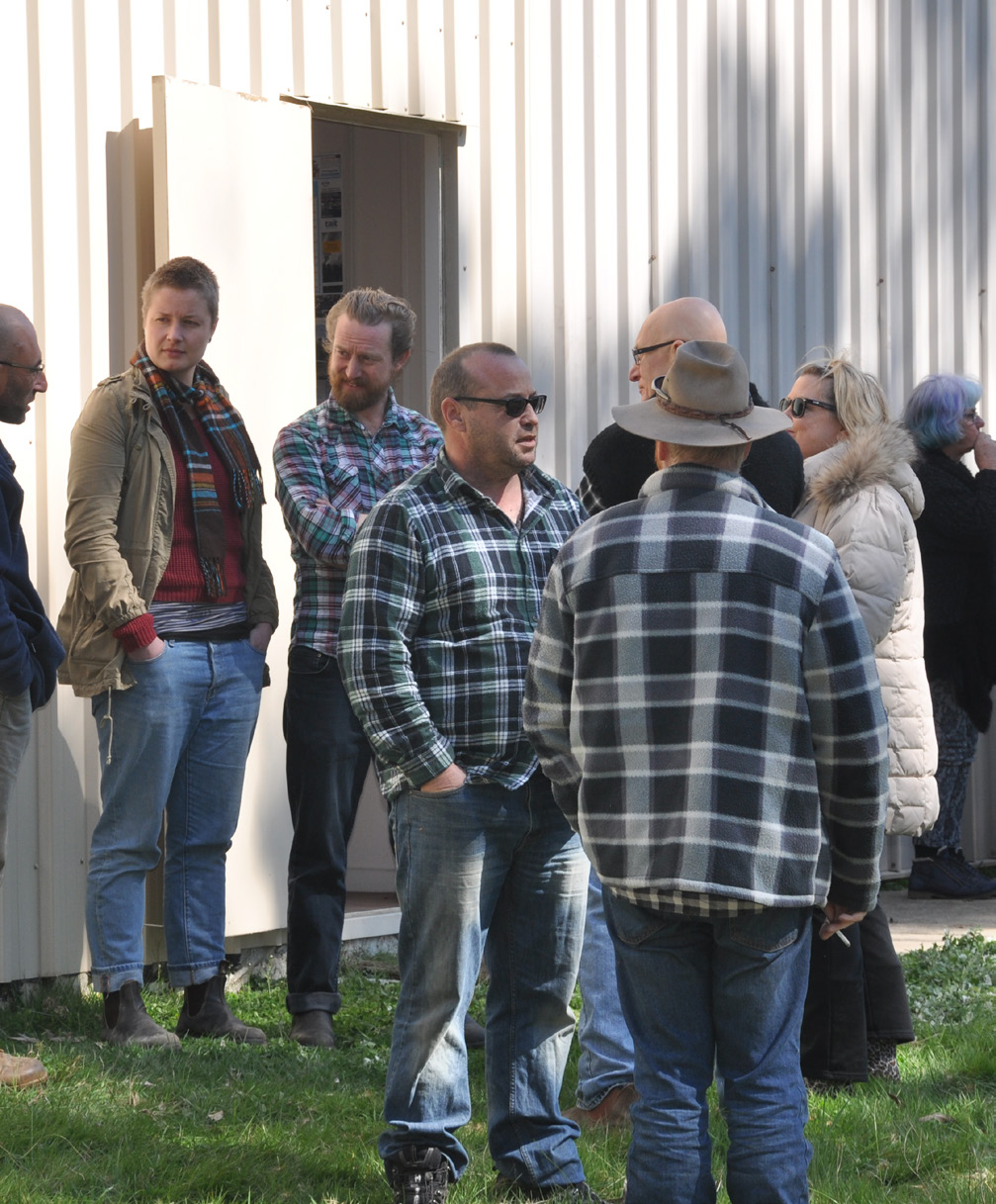 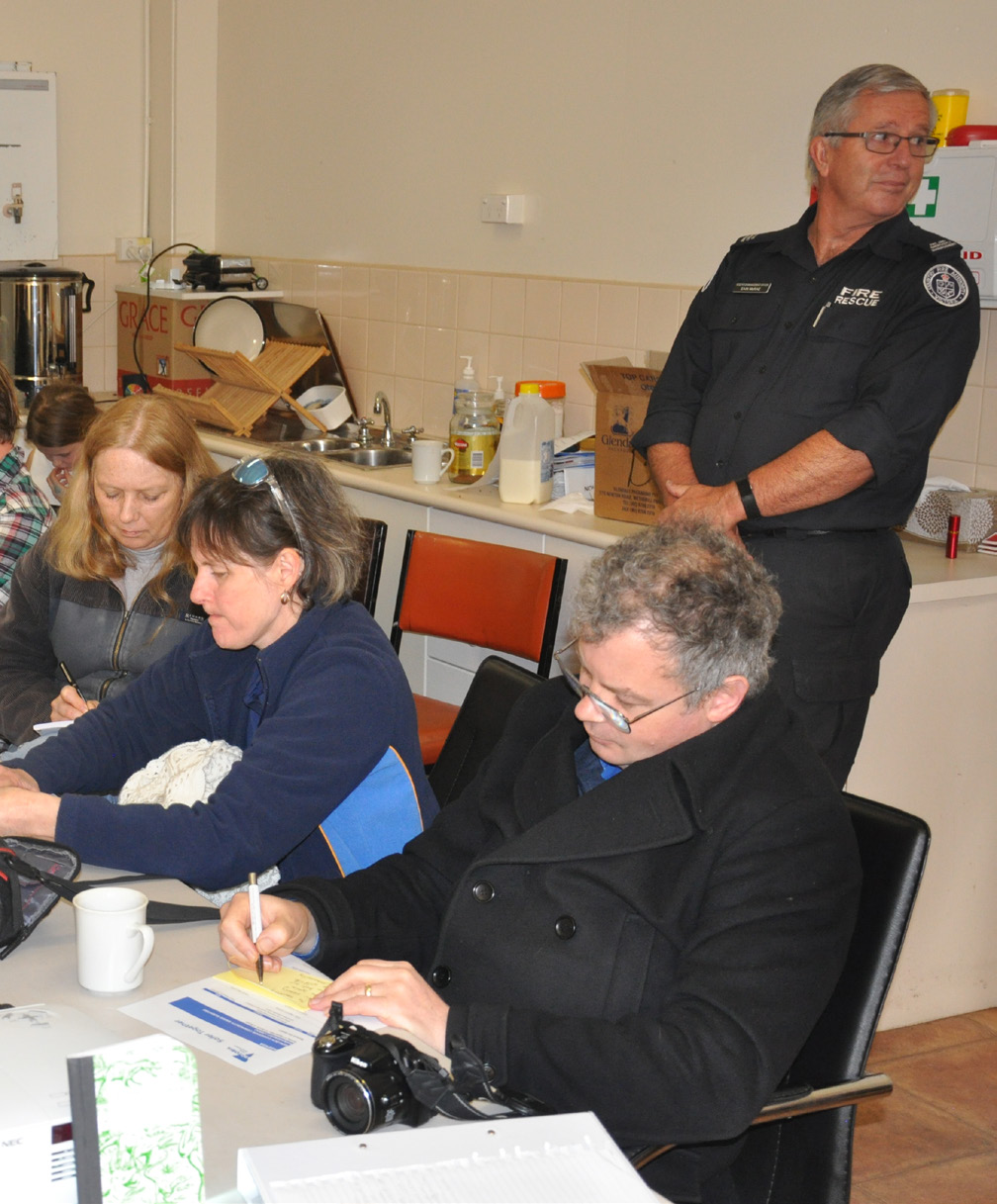 Community members work together on activities that facilitate the recovery process. Image: DELWP

Integrated emergency risk management: building resilience in NSW communities – Matthew Thompson and Danielle Meggos NSW communities are exposed to natural and technological hazards that threaten the safety and wellbeing of residents and cause significant death, destruction and disruption. Natural disasters alone have killed 337 people in NSW between 1990 and 2015. Between the 1966-67 and 2013-14 financial years, natural disasters in NSW resulted in normalised insurances losses of $22.4 billion.1 While the direct economic cost of these events is unknown, it is likely to be two or three times this figure.
Publication: