Australia needs to prepare itself for the threat of year-round natural hazards that in the past were associated only with the summer months.

This is the view of the Bushfire and Natural Hazards CRC CEO Dr Richard Thornton when asked to comment to the media on bushfires on the east coast during August.

‘Heat, drought, flood and fire are not new phenomena for Australia; we have seen these before and we will see them again. Although it is not common to have bushfires in northern New South Wales in August it’s certainly not unprecedented. It was the severity of the August fires that was exceptional,’ said Dr Thornton.

‘What is different now is that there is an underlying one degree Celsius increase in average temperatures, which means that the variability of ‘normal’ events sits on top of that. We are seeing weather records routinely being broken across the continent and indeed the world, and all indications are that we are on a trajectory that will see temperatures continue to increase.

‘What this means for extreme hazards, we cannot be sure. This is an area in critical need of further research into weather prediction, land planning, infrastructure development, population trends, and community awareness.

‘Climate change is causing more severe weather, but demographic changes are having an equal impact and deserve just as much of our attention.

‘Here in Australia, it has been unusually dry and warm over the last few months. When preceding conditions have been like this, and the bush and grass is so dry, it doesn’t take much for a fire to get going once the wind is up, regardless of the season,’ he said.

Dr Thornton said Australia was familiar with year-round bushfires that feature across the north of the continent in the middle of the year and move southwards at the end of the year and into the new year. However, these seasons are now getting longer. So too are the fire seasons in the northern hemisphere.

‘With fire seasons lengthening and overlapping across the globe, we need to think of new ways of dealing with bushfires, floods, cyclones and heatwaves. The old ways of sharing resources around Australia and with the northern hemisphere may not always be possible so we need to discover better ways to manage all our resources,’ he said.

Dr Thornton said this was not only a matter of managing resources such as water-bombing aircraft and firefighting vehicles.

‘Firefighting is still very much done by people, despite advances in technology, and a great many of these are volunteers from the community. Our research shows that those human resources are now being stretched with the bushfire seasons getting longer, while our emergency services still regularly deal with floods, cyclones and severe storms, plus other demands such as motor vehicle accidents and search and rescue,’ he said.

The Southern Australia Seasonal Bushfire Outlook – released by the Bushfire and Natural Hazards CRC and AFAC in September – is used by fire authorities to make strategic decisions on resource planning and prescribed fire management for the upcoming fire season. The map shows the bushfire outlook for southern Australia through to the end of 2018. This map has been combined with the outlook for the northern Australia bushfire season, which was released in July, to show the areas of fire potential for all of Australia.

Most of eastern and parts of south-west Australia have experienced a dry 2018 so far. The focus of the dry conditions has been New South Wales, where almost the entire state has experienced rainfall in the lowest decile (driest ten per cent of recordings), representing seriousto- severe rainfall deficiencies. Rainfall deficiencies also affect most of northern and eastern Victoria, parts of southern and central Queensland and eastern South Australia. Across southern Australia above average rainfall has been limited to the arid regions of western South Australia and adjacent parts of Western Australia, as well as western Tasmania (Figure 1). While August has seen some rainfall in drought-affected inland areas, this has fallen well short of that required to remove the longer-term deficiencies, which remain extensive. 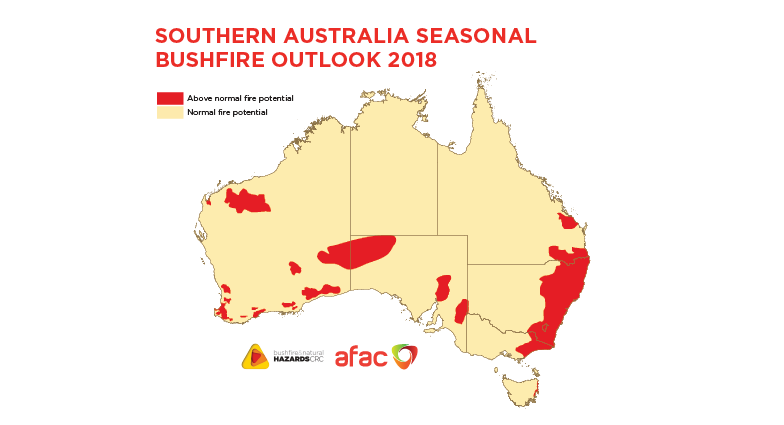 Figure 1: The above normal bushfire potential for much of Australia reflects the warm, dry lead-up to spring.
Image: Bushfire and Natural Hazards CRC

The combination of dry weather and the background warming trend has resulted in much warmer-thanaverage temperatures. Daytime maximum temperatures have been unusually warm in 2018, with a year-to-date maximum temperature anomaly of +1.36ºC, which is the warmest on record. High daytime temperatures and reduced rainfall, act to increase evaporation, further drying the landscape and vegetation.

Southern Australia has now experienced above average temperatures in 22 consecutive years, with the last below average season in 1995. Fire severity is now increasing across southern Australia as measured by the Forest Fire Danger Index.

Taken as a whole, the current warmer and drier-than average climate conditions and the outlooks suggest that the southern fire season is likely to commence earlier than usual and be more active than normal.

The Southern Australia Bushfire Seasonal Outlook was released at the AFAC18 annual conference in Perth in September.

More details on conditions on a state-by-state basis can be found at www.bnhcrc.com.au.