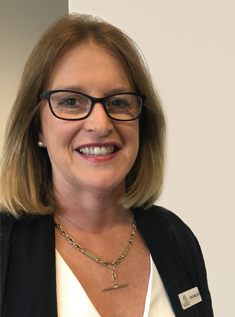 It is communities supporting each other who are the unsung heroes of the bushfire disaster that is unfolding across Australia this summer.

While much media attention has rightly focused on the role that fire and emergency services workers, both volunteers and employees, are tasked with to protect communities from the bushfires ripping across the nation, it is community members themselves who are stepping up all across the country to help each other.

These actions are as diverse as neighbours helping neighbours to defend property, to communities establishing relief and recovery centres to provide a focal point for local residents who have, in some cases, lost everything to the destructive bushfires, to working side by side with residents to restore order out of the chaos.

The generosity of Australians, whether it be through fundraising efforts or giving of time, exemplifies the Australian spirit during disasters such as that which we are experiencing.

Having recently returned from the northern area of NSW that was devastated by bushfire in mid-November, I have seen first-hand the resilience that local communities display in the face of this unfolding bushfire disaster.

I met with residents in an isolated community who had set up a recovery centre in a local hall. And while food and essential supplies were an important part of what they were providing, more importantly the hall provided a place where locals could come together and share stories of what they had been through and what they had lost. It was a welcoming place where people could laugh and cry and figure out what comes next for them.

I also spent time with publicans whose hotel served as the community hub before the bushfires hit, and who then swung into action and provided practical assistance - meals, showers and beds - for those who had lost their home. They restored power to the community through the provision of generators and re-established communications. And they reached out to local government to get assistance for residents who needed it most.

It is actions such as this that often go unnoticed except by the few whose lives are made better because someone reached out and cared enough to do something during the worst of times. And it is these selfless actions of individuals and communities that are playing out right across Australia during this bushfire crisis.

This edition of the Australian Journal of Emergency Management includes relevant research and commentary that is timely. For the emergency management and disaster resilience sectors, our work continues to understand the needs of communities and to assist them to recognise risk and take action to improve their situation.

This edition of the journal also celebrates the winners from the 2019 Resilient Australia Awards. This year marks the 20th anniversary milestone of the Awards that showcase the practical action communities, businesses, governments and schools are taking to build a more resilient Australia.

Australians are being tested once again and are proving themselves to be resilient in the face of adversity – and it is this community spirit that makes us resilient as a nation.

Children, councils and creative approaches to resilience at national awards, Costa Haritos, Australian Institute for Disaster Resilience A range of high quality initiatives were celebrated at the 20th Resilient Australia Awards, with a focus on child-centred disaster education and empowerment to action. The line-up of national winners featured community engagement, local government partnerships and other initiatives that captured strength in the face of disaster.
Publication: