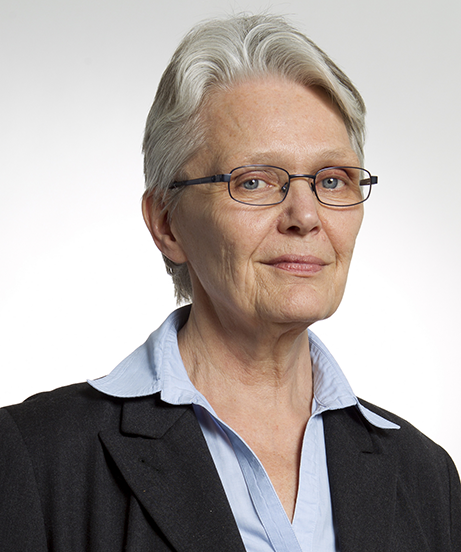 Forty years after the town of Darwin was practically destroyed in a cyclone which took 71 lives and left thousands homeless in 1974, Australia today is in the vanguard of disaster risk management when it comes to making it a national and local priority. This is illustrated, for instance, by the fact that Emergency Management Australia is already anticipating the possibility of an El Niño event later this year and the attendant prospect of drought and another challenging season of bushfires.

Australia is a role model for many other countries in terms of the laser-like focus brought to bear on major disaster events and extracting the lessons learned and putting them into action in very practical ways, which help to reduce future risk.

An outstanding example of Australia’s willingness to tackle the underlying drivers of risk was the introduction of stronger building codes in the mid-‘80s following the devastation caused by Cyclone Tracy in Darwin. Another tragic anniversary which will be marked this year in Australia, the region and further afield, is the 2004 Indian Ocean tsunami which caused 230 000 deaths, disrupted millions of lives, and caused huge economic losses.

Again, Australia responded. That response has included the establishment of the Joint Australian Tsunami Warning Centre operated by Geoscience Australia and the Bureau of Meteorology. It’s based in Melbourne and Canberra; Canberra being a role model city1 for the 2000-plus members of UNISDR’s Making Cities Resilient campaign when it comes to preparing for, and responding to disasters. The two agencies have the necessary scientific expertise and the technology for seismic and sea-level monitoring and tsunami modelling to provide a 24/7 service, which gives emergency managers at least 90 minutes notice of potential impact on Australia’s coastline. It also helps serve the early warning needs of the wider region.

Knowledge, education and innovation are a hallmark of many developments in Australia’s multi-hazard approach to disaster risk. The dispatch of researchers into the field within five days of the 2009 Black Saturday bushfires in Victoria has produced outstanding insights into bushfire management that benefits firefighters and emergency management services around the world.

All of this is to say that Australia is a leading example of a country that has made significant progress across the board in implementing the five priorities of the Hyogo Framework for Action 2005-2015: Building the Resilience of Nations and Communities to Disasters (HFA).

The HFA was approved by 168 countries represented at the last UN World Conference on Disaster Risk Reduction in 2005, propelled by the tragedy of the Indian Ocean tsunami. Later in the year it was endorsed unanimously at the UN General Assembly making it the world’s first comprehensive agreement outlining what needs to be done to reduce the loss of life from disasters and the economic losses inflicted.

Alongside Australia’s progress in HFA implementation as reported by the Attorney-General’s Department through the UNISDR online monitor (available on UNISDR’s PreventionWeb website), the country stands out for its adoption of ‘a whole-of-nation’ approach to disaster management through the National Strategy for Disaster Resilience adopted in February 2011.

The provision of high-level guidance on disaster management to federal, state, territory and local governments, business and community representatives, contributes greatly to Australia’s efforts to save lives and reduce economic losses from disasters, which is now a major global challenge as we witness more extreme disaster events around the world, driven by urbanisation, population growth in hazard-prone locations, poverty, environmental degradation, poor land use, and inadequate building codes.

Thanks to its strong institutions and multi-hazard approach to managing risk, Australia is well-positioned to influence the HFA’s successor, which will be adopted at the Third UN World Conference on Disaster Risk Reduction in Sendai, Japan, from March 14–18 in 2015. Australia’s experience of implementing the National Strategy for Disaster Resilience will be key to that.

Australia is already contributing significantly to the formal and informal consultations which continue to take place under the aegis of the recently convened Inter-Governmental Preparatory Committee whose co-chairs have noted in the pre-zero draft of the Post-2015 Framework for Disaster Risk Reduction.

The urgency of grappling with the rapid exponential growth of exposure to disaster risk is brought home to us on a daily basis. Even if the world is experiencing some success at reducing the loss of lives in weather-related disaster events thanks to improved early warning systems and better preparedness, there is widespread concern about the steady escalation in economic losses from disasters.

Direct disaster losses are at least 50 per cent higher than internationally reported figures. The latest risk modelling estimates that losses so far this century are in the region of US$2.5 trillion. This is money that could be better invested in disaster resilient infrastructure and it is crucial that the public and private sectors work together to stop this wasteful haemorrhaging of investment funds. Thankfully business attitudes are starting to change in Australia and elsewhere. Embedding disaster risk management in business processes is increasingly seen as a key to resilience, competiveness and sustainability.

In the post-2015 development agenda, we are likely to see a new paradigm for disaster risk governance which will include the private sector in a more meaningful way than ever before. This makes sense when one considers that private investment largely determines disaster risk. In most economies 70-85 per cent of overall investment is made by the private sector including annual institutional investments worth more than US$80 trillion globally.

2015 is a year of opportunity to get major components of international development policy aligned in a way that integrates the complementary goals of tackling poverty, reducing disaster risk and mitigating climate change. New sustainable development goals will be adopted, and there will be a new agreement on climate change to complement the new framework for disaster risk reduction.

There is little doubt that Australia will play an important role in shaping this international architecture at the highest level.

In December 2013, the United Nations General Assembly requested the Third World Conference on Disaster Risk Reduction be held in Sendai, Japan, from 14-18 March 2015 at the highest political level. Its objectives:

Three strategic and mutually-reinforcing goals are being considered for the post-2015 framework; the prevention of disaster risk creation, the reduction of existing disaster risk, and the strengthening the disaster resilience of persons, communities and countries.

The year 2015 offers a generational opportunity. The post-2015 framework on disaster risk reduction, together with the sustainable development goals and a renewed agreement on climate change can provide the world, for the first time, with a comprehensive and risk-sensitive development agenda, one that lays the foundations for a more resilient planet in the 21st century.