Hope for our future generations

During the 2019–20 bushfire season, 30 million hectares of bush burned, over 3000 homes were destroyed and 33 lives were lost. Over 80 per cent of Australia’s population was affected by bushfire smoke and some locations were blanketed with smoke for weeks even though fires were not local.

The unprecedented bushfire situation was a traumatic event. For many young people, this was the first time they had experienced a large-scale disaster. Adults were not able to immediately say how they planned to cope, despite the hard work and efforts of the people who fought the bushfires. As a bushfire data scientist, I too felt anxious and powerless due to the incredible scale of the bushfire season. However, I recognise the need to better understand how fires are changing with the climate. Australia’s emergency management sector also needs to change the way bushfires are monitored and fought.

In the last few years, space data from satellites has played an important role in the management and understanding about how weather, climate and vegetation conditions affect bushfires. This information helps land managers and emergency management agencies respond to fires.

In 2019, I joined bushfire researchers from several national and international universities to comment in the journal, Nature1 and presented analysis of the previous 20 years of bushfire damage using data from the European Space Agency. We analysed the data and written records of all major bushfires in Australia since 1851 to gain a geographical and historical perspective. We found that the extraordinary scale and intensity of the 2019–20 Black Summer bushfires were driven by climate conditions not seen in a century, including 3 years of drought. Importantly, we showed inconsistencies between government records and the satellite analysis.

We recommended that the Royal Commission into National Natural Disaster Arrangements establish a national fire monitoring agency to collect consistent information. This could help the public, researchers and the government to understand the frequency, extent and severity of bushfires. This would include bushfire impacts on biodiversity, society, the economy as well as the greenhouse gas emissions from fires and the health effects from bushfire smoke.

The biggest lesson from the last bushfire season was the understanding that through coordinated efforts and additional data and technology, land and emergency managers as well as policy makers could have more control over how bushfires affect populations in the future. We cannot stop bushfires, nor do we want to as they can regenerate lands. But through science discoveries and learnings from past events we can, for example, better understand how and where bushfires may start and how to protect people and homes. Satellite data can play a major role.

Currently, Australia receives satellite data from other nations because Australia does not have its own satellites. However, this is not a barrier to designing an Australian satellite payload or mission that will provide the exact data that land management and emergency agencies need to detect small fires and identify bushfire fuel and moisture content. Both are indicators of whether or not an ignition source could create a devastating fire. Australia has the opportunity to create bespoke satellite space missions. These can help monitor the entire continent while also considering the way that Australian’s unique vegetation, like eucalypts, require different sensors to fully understand their conditions. 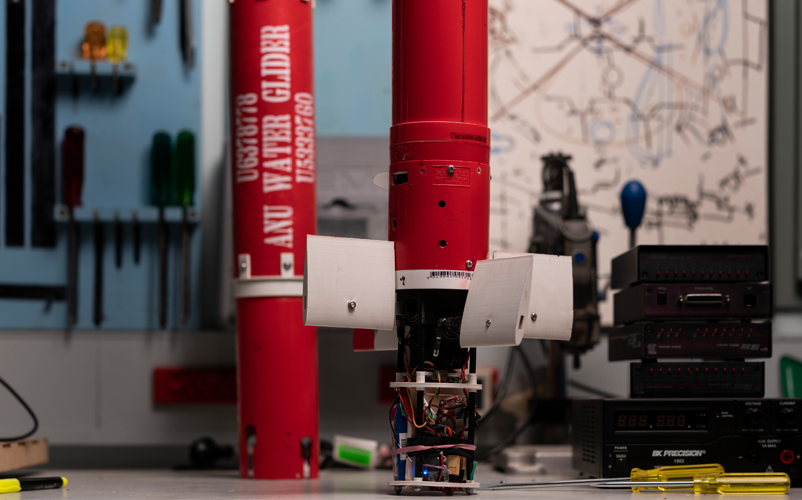 At the Institute of Space at the Australian National University (ANU), we are already planning to build satellites to monitor the continent. Optus and other industry partners are taking a holistic approach in the hope that within 5 years we can detect bushfires within one minute and put them out within 5 minutes of ignition. No single technology can do this. It takes a symphony of data from ground, space and the atmosphere to succeed. The ANU-Optus Bushfire Centre of Excellence will initially use ground sensors and cameras in fire towers to monitor areas of high risk until Australia has fit-for-propose satellites built and launched into space. We will also use drones to watch for bushfire and respond quickly. We will develop clever algorithms to compress data, archive and synthesise satellite imagery to help with fire modelling that can tell us where bushfires may travel. Low cost auto-piloted water gliders will achieve accurate and very rapid fire suppression of small bushfires at any time and in all weather conditions.

This is ambitious, but it is an answer to the powerless state many people feel during a bushfire disaster. To succeed, we will need help from the next generation of scientists as we broaden our understanding of how the climate and the land interact so we can protect families, their health, homes and livelihoods for generations to come. The hope is to create an integrated system that allows fire managers to have the most accurate landscape data, the best modelling and innovative systems to forecast and extinguish fires before they become threats to lives and property.