As emergency managers, we plan for the unexpected. That’s what we do. But when we look at the world around us—no matter what country—we see that we are not making our lives any easier.

We need to understand the difference between a hazard and a disaster. In July 2017, Alaska experienced a 7.7 magnitude earthquake that was a natural hazard but it was not a disaster. Why? Simply put, the very low population density in the hazard area meant that the earthquake had very little impact on people or property.

Contrast that with Hurricane Harvey and even the heavy rains in Louisiana in 2016. These hazards resulted in significant disasters because they affected the built environment and vulnerable populations.

Our task is not getting any easier. As we keep building, our populations become more vulnerable. We’re seeing more sprawl in our communities, which means more people are living on the wildland interface, increasing their risks to wildfire. With increased urbanisation also comes increased dependence on technology and, consequently, less self-sufficiency for populations. In too many cases, where building codes are lax, increased urbanisation means an increase in the number of non-sustainable structures being built in hazardous areas. The just-in-time, interdependent supply chains that make our lives so much easier on a day-to-day basis means we will often have less resources on hand in times of need. 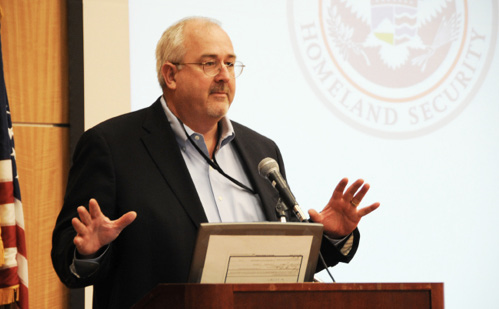 So, what can we do? Here’s my suggestion. As things change, we change along with them.

As part of embracing change, we must be sure to plan for what can happen, rather than what has happened in the past. We must bring science and analysis into our plans. Since we do not yet understand all the challenges that are being created by our expanding population, increased urbanisation and interdependent supply chains, we must look at our models to ensure that we are analysing the right things.

Furthermore, we need to think with vision regarding what is the worst that can happen. At FEMA, I challenged my staff to examine how they would respond to the ‘maximum of maximums’ challenge; the worst requirements and conditions that they might encounter across a range of scenarios. My intention was not to argue for more resources, because we never have enough. Rather, it was to analyse and understand what we have to do when we are stretched beyond our physical and even cognitive resources; how we are going to manage when we confront a real catastrophe?

We must have a far greater focus on three areas in particular, the whole community, public-private partnerships and incentivising mitigation.

A community is a collective. It’s an understanding, organisation and strengthening of all community assets, capabilities and interests. The public is one of our greatest resources during a response. In many cases—and in all catastrophes—the first responder is likely to be a neighbour.

Your community should always be included in your plan. You do that by first building the public’s trust and maintaining public confidence. Start by communicating, being honest and transparent, quickly and completely.

Next, consider the perception of the community as ‘survivors’ and not ‘victims’. Yes, there will always be victims of disaster. But the ones who make it through should not be called victims; we should be calling them survivors and these survivors should be part of the team.

There are things the government does well during a response and things it does not do well. Ascertain which is which, and plan accordingly. Specifically, with regard to delivering needed services, the private sector is often far better equipped than the government. We want to work together with the private sector as a team, in a public-private partnership.

For example, historically, the amount of food and water the US government ships in does not meet the demand. Private businesses including grocery stores, fast food restaurants and similar are far more effective at providing amenities for entire cities. Consider putting a higher priority on getting the private sector up and running after a disaster. If these businesses get up and running, it takes tremendous stress off government resources.

Consider all areas of the private sector in your planning, not just big box stores. In the state of Florida, one of our best resources was a local veterinarian who helped us design protocols for how to incorporate pets into shelters. 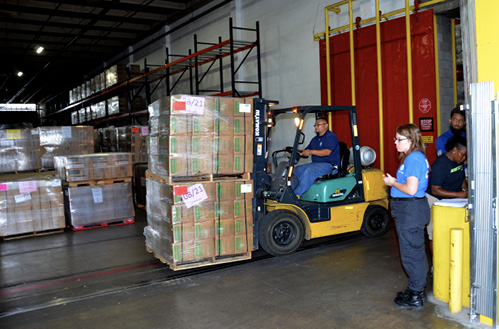 A final element that will dramatically mitigate the effects of a hazard is the enhancement of building codes and a smarter approach to our built environment. We cannot expect old building codes to be sufficient when events are getting worse, and more frequent. We need to be building homes to better meet the risks faced. For families building their homes on the wildland interface, this means building with materials that are resistant to fires and keeping a safe distance of fuel from the house. This might mean an inconvenience of having to walk further to get to the woodpile but those extra steps might mean the difference between a house that stands and a house that burns.

Not everyone will like these ideas as they cost more money. So, if you meet resistance, provide incentives. This will make a dramatic difference in the result of the event. The reality is, if you do nothing, the response will cost far more money than updating codes and buildings.

As emergency managers, we tend to plan and exercise for what we are capable of handling and hope we can scale up. This is a recipe for failure. We cannot just ‘scale up’.

With the understanding that things are changing, it becomes increasingly critical to plan for the maximum predicted impacts of a disaster. Don’t try to make data models fit your capabilities or disregard results you think are unlikely. Expect the worst.

That is the ultimate goal, and that approach will save the most lives.

Craig Fugate is the Senior Advisor to the CEO at The Cadmus Group, Inc. Previously, he served as the Administrator of the US Federal Emergency Management Agency to January 2017. In 2016, he received the National Emergency Management Association Lacy E. Suiter Award for lifetime achievements and contributions in the field of emergency management. Craig was the State of Florida’s emergency management director from 2001 to 2009.