Lessons from the April 2015 Dungog flood

In April 2015 the Bureau of Meteorology warned of an East Coast Low that was to affect coastal NSW bringing intense rainfall and likely flooding. This system led to record depths of inundation with devastating effects in Dungog, a small township located at the junction of Myall Creek and the Williams River in the Hunter Valley. This paper offers some early reflections on the tragedy from a flood risk management perspective, aiming to build resilience to future floods in Dungog and beyond. 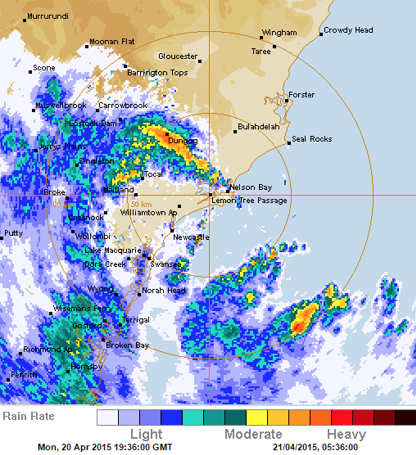 Floodwater in Dungog rose to record levels in the pre-dawn hours of Tuesday 21 April 2015. Some 80 dwellings were flooded (representing about eight per cent of the town’s housing stock). Four houses were destroyed and three people drowned in their dwellings. Based on Australia’s National Emergency Risk Assessment Guidelines (NEMC 2010), three fatalities in a population of about 2100 represents a catastrophic consequence.

There is something particularly disconcerting about drownings in houses. Most fatalities associated with flooding in Australia result from people actively entering floodwaters. This problem demands increased investment so people better understand the risk of this activity (Keys & Gissing 2015). But what we might call ‘passive’ fatalities (cf. Yeo 2011) are unsettling because there is an expectation that people ought to be safe in their homes. Thus, flooding of dwellings raises deep-seated questions about land-use planning and emergency response.

There is also something especially troubling when those recognised as being more vulnerable are not protected. The three flood victims at Dungog were aged 79, 72 and 68. One was a resident in Alison Court, a Council-owned assisted-living complex. Another lived in a block of units where five others were rescued. The Dungog death toll could have been worse had residents not assisted in rescuing neighbours. For example, these five elderly residents were found standing on the handrails of their units holding onto the roof above them with the water up to their shoulders. They were rescued by a man using a wheelie bin as a flotation device.

It is imperative that the causes of this tragedy are identified and steps taken to reduce the risk of reoccurrence. At the time of writing, a coronial inquiry is under way that may contribute towards this end. The lessons offered are not necessarily novel—many having been identified after floods in eastern Australia in 2010 to 2012—but their reiteration underscores their ongoing application. 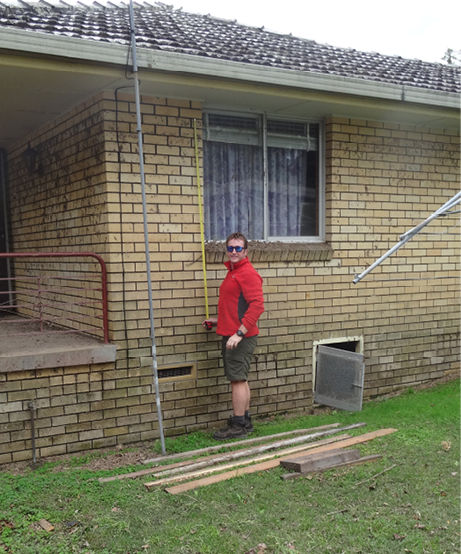 Many dwellings in Dungog were flooded to ceiling level, including these units in Brown Street. Image: Chas Keys.

The April 2015 flood in Dungog taught that whether because of the scale and speed of the event, split resources, inadequate numbers, leadership transitioning, local road closures and communications difficulties, emergency services organisations cannot be guaranteed to rescue everyone in need of rescue. Sustaining the capability of emergency services to respond well over the sometimes long periods between floods requires good plans, local ownership of those plans, scenario testing, organisational renewal, and smooth transitions in leadership.

Still, Murphy’s Law may conspire to foil an operation and place the onus of saving lives directly on the exposed population. Most people find it difficult to comprehend floods higher than they have experienced. Overcoming this remains a great challenge for community flood education. And some people are unable to self-evacuate, emphasising again the primary role of locating the right land use in the right place, and requiring housing designs that safeguard lives even in extreme events.

Keys C & Gissing A 2015, More than 70 deaths in five years: we need more education on the dangers of floodwaters, The Sydney Morning Herald. At: www.smh.com.au/comment/more-than-70-deaths-in-five-years--we-need-more-education-on-the-dangers-of-floodwaters-20150505-1na6vg.html [5 May 2015].

2 The Probable Maximum Flood is the maximum flood that is reasonably estimated to not be exceeded.