Bracing for the 'new normal': how communities are preparing for disasters 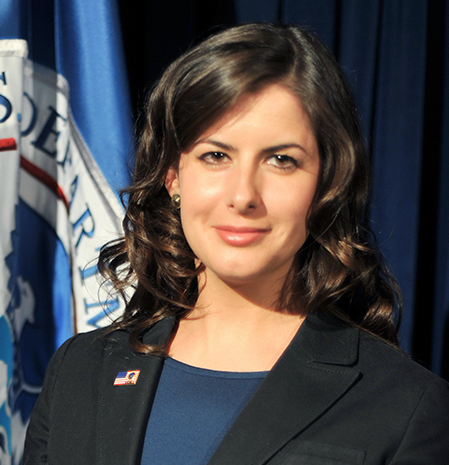 When it comes to disasters, resilient communities are prepared communities.

From the outbreak of disease to the devastation of bushfires, people who have planned for emergencies are usually the first to recover. But despite a spike in the frequency and severity of hazards, less than half of all Americans know what to do before, during or after them. Most don’t think they will be affected.

Gwen Camp, Director of Individual and Community Preparedness at the United States Federal Emergency Management Agency (FEMA) said, ‘Some of the numbers around Americans being prepared actually really shocked me.

‘In 2012, FEMA did a national household survey1 and found that only 39 per cent of individuals have a household emergency plan. That’s the sort of thing that tells me we have a long way to go,’ she said.

To improve resilience and stem the increasing economic cost2 of disasters, US President Barack Obama signed the Presidential Policy Directive-8 (PPD-8) in 2011.

It requires that all levels of government, the private and nonprofit sectors, and citizens, ‘share responsibility’ for national preparedness.

The directive prompted FEMA to launch America’s PrepareAthon! — a national community-based campaign to get people thinking about, and planning for, emergencies that are common in their region. FEMA has provided online tools and templates to guide local actions, including information on registering for alerts, finding shelters, and what to pack in the event of a disaster.

Australia has also adopted a whole-of-nation resilience-based approach to disaster management.In 2009, the Council of Australian Governments (COAG) agreed that a national, co-ordinated effort was needed to enhance the country’s ability to handle and recover from manmade and naturally occurring hazards. The Australia–New Zealand Emergency Management Committee subsequently developed the National Strategy for Disaster Resilience (NSDR), adopted by COAG in February 2011.

‘The goal is getting people to take responsibility for preparedness. It lies in people taking action in their own communities,’ Ms Camp said, referencing the objectives of PPD-8.

‘You might think about disasters fairly regularly but have you actually had a conversation about what you would do if a disaster occurred when you’re at work and separated from your kids? Do you know if your kid’s school has an emergency response plan? That’s what we’re trying to move the needle on (with PrepareAthon),’ she said.

On April 30, FEMA ran its first America’s PrepareAthon! to ‘test what a national day of action would look like’, hoping that at least 250 000 Americans would get on board. More than four million registered.3 Communities and organisations spent at least 30 minutes undertaking actions including fire drills and building emergency kits. 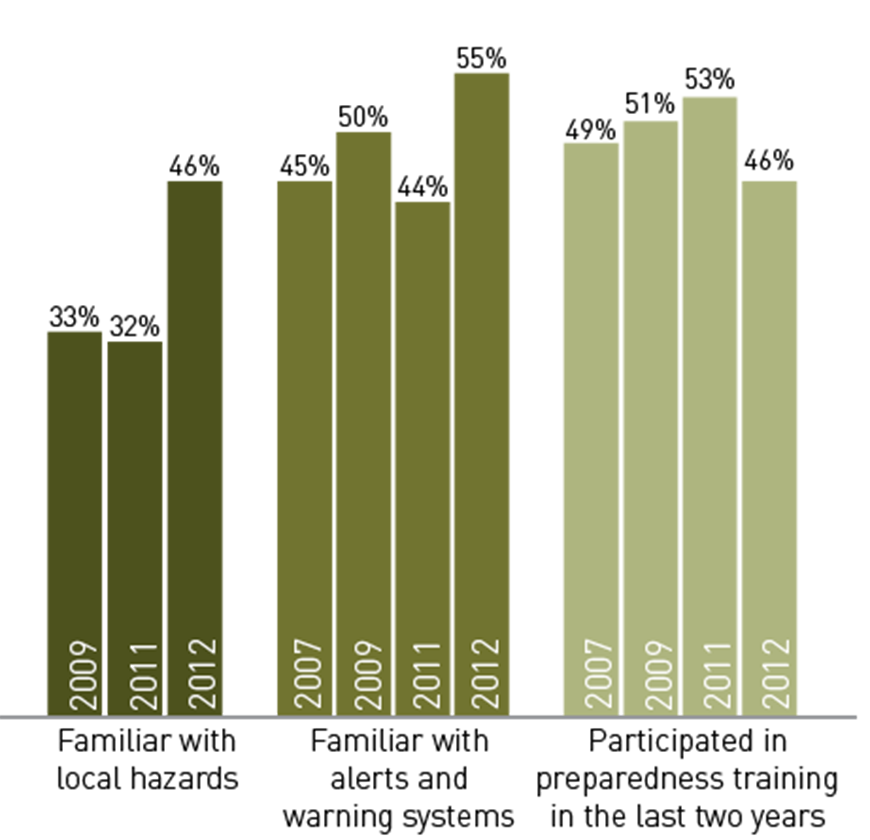 Figure 2: Americans who have an emergency plan and have discussed it with household. 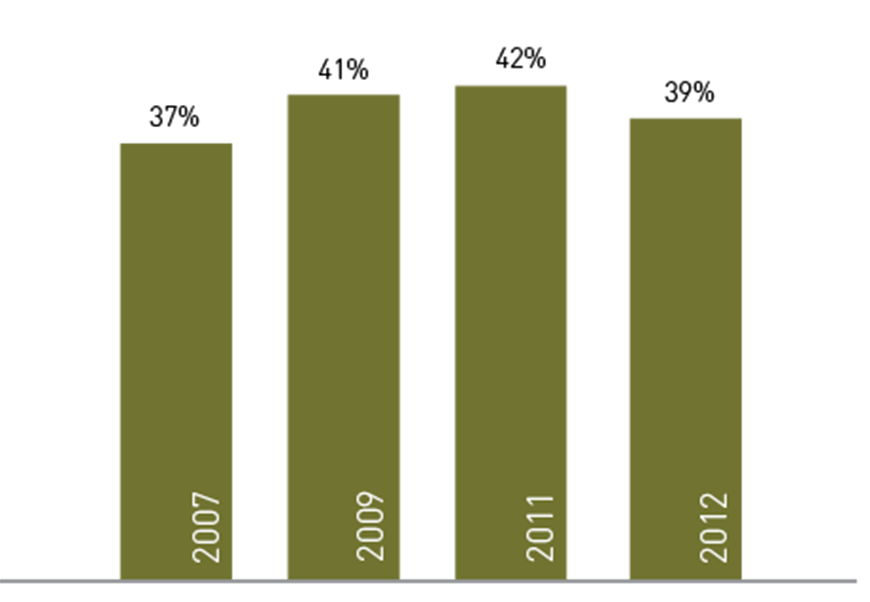 ‘It showed there’s a real hunger for (preparedness) at the community level. We had participation from all 50 states and all the territories, with everyone from faith-based groups to schools to college campuses,’ Ms Camp said.

Incredibly, the whole town of Smyrna in Georgia’s north got involved.

‘They had a new facility in their hospital built that they wanted to exercise. They tested the tornado sirens for the whole town. All the kids in the elementary school practiced doing a tornado drill. The kids in the high school signed up for smart phone alerts,’ Ms Camp said.

FEMA was tasked with replicating this local effort in towns across America for their next (and first fully fledged) PrepareAthon on September 30. Drawing on lessons from the test-run, FEMA revised its online materials and filmed interviews with ‘disaster survivors’ to engage more community partners and participants.4

Building resilience to natural disasters is not only an American priority. Australia, known for its harsh extremes in climate, is prone to bushfires, drought, tropical cyclones and floods. For Ms Camp, Australian experiences of managing disasters have helped guide her thinking in the development of PrepareAthon programs.

‘Australia is similarly a big and complicated country to the US, with a lot of different environments. It’s a pretty natural marriage,’ Ms Camp said.

Ms Camp attended the Disaster Resilient Australia School Education Network (DRASEN) forum in Australia in March5 this year at the Australian Emergency Management Institute (AEMI). She was a keynote presenter and said the experience was ‘inspirational’.

DRASEN is comprised of 35 educational and government representatives from more than 25 agencies and aims to develop and improve disaster education in Australia.

‘You have this international body of emergency management agencies, you have policy makers and representatives from the Fire Commission, Red Cross, Save the Children.

‘What DRASEN is already doing is something we are striving for (with PrepareAthon) which is to bring all the partners you need to the table to have these conversations.

‘Emergencies are not going to be managed well if only emergency managers are at the table making these plans. DRASEN was a great example of Australians being really smart about disaster awareness. DRASEN is just exactly the kind of conversation that’s going to build resilience in a very real way,’ she said.

Developing relationships with specialists in other countries is critical to building national resilience, Ms Camp said.

‘We just this year upgraded our 24/7 points of contact. The US National Response Coordination Center and the Australian Crisis Coordination Centres are now connected 24/7. We can now exchange information a lot more quickly,’ Ms Camp said.

The Memorandum of Understanding between Australia’s Attorney-General’s Department and the US Department of Homeland Security, signed in 2010 to strengthen emergency response co-operation, requires that both countries establish a framework to facilitate ongoing dialogue. Opportunities to share information, including through DRASEN forums, has enabled Ms Camp to address PrepareAthon campaign shortfalls. Drawing on international experiences and the knowledge of experts is key to enhancing resilience and saving lives, she said.

‘Raelene Thompson, the Executive Director of AEMI, is just a wealth of information. She is doing a lot of great work around uniting health officials and professionals with emergency management officials which is something we have been working extensively on here (in the US) for the last five years.

‘I was amazed in my previous role as Director of Intergovernmental Affairs for FEMA and going into some places where emergency managers and health officials didn’t even know each other.

‘One of the expressions in our business is “a disaster is no place to exchange business cards”.

‘AEMI is great at identifying who the community partners are that we should be talking to and training them up, because it’s not just emergency managers that we need,’ Ms Camp said.

Gwen Camp and her team used social media to educate millions of people in the US about disaster resilience. 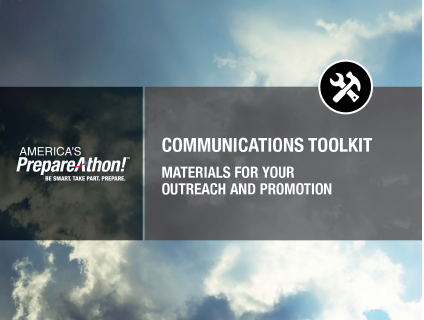 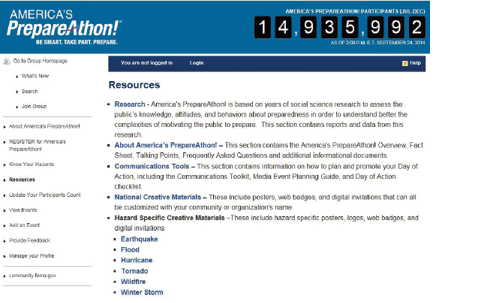 Resources on the US PrepareAthon! website include the Communications Toolkit, Media Event Planning Guide, and Day of Action checklist.

Rosemarie Lentini is an Australian journalist based in New York City. She has worked as a reporter and columnist at The Daily Telegraph and presenter at Radio 2ser 107.3FM. She was also a policy analyst at the Australian Communications and Media Authority.

3 Individuals and organisations register to participate in America’s PrepareAthon online. At: www.community.fema.gov/connect.ti/AmericasPrepareathon.

5 The Disaster Resilient Australia School Education Network forum was held at the Australian Emergency Management Institute on March 24 and 25 2014.