Dr Laurie Hammond, Chairman of the Bushfire and Natural Hazards CRC, talks about the challenges ahead. 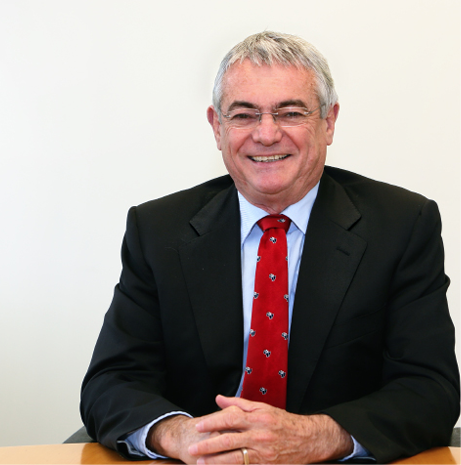 In the last decade, we have seen natural disasters cause more damage and destruction across Australasia and our neighbouring region than ever before. Cyclones, flood, fire, earthquake, tsunami and heatwave have caused injury, death and widespread damage. The full impacts of these disasters often remain poorly quantified, but continue to be felt through their long-term consequences for individuals, communities, infrastructure, the landscape, and the economy.

The policies and settlement patterns of the past are proving inadequate for the challenges of the future and in many instances are intensifying the exposure to risk. This brings into focus the role of government and the concept of shared responsibility and mutual obligation towards managing personal and community risks.

These issues are a challenge for participants in the new Bushfire and Natural Hazards Cooperative Research Centre (BNHCRC). When then Prime Minister Julia Gillard announced the creation of the new CRC in February 2013, it was on the back of severe bushfires in Tasmania and New South Wales. At that time the Bushfire CRC was winding up its decade of research and there was a critical need for a renewed commitment to a national research capacity.

However, there was general agreement that this new research should not be solely about fire, but should recognise the combination of extreme weather and geophysical events that lead to bushfires, cyclones, earthquakes and other natural hazards, exposing human, infrastructural and institutional vulnerabilities and subjecting the community to great impact and loss.

Hence, the new CRC was given a welcomed expanded focus, and a generous eight-year term. The timelines for establishing the organisation were very tight, but on 1 July 2013—a mere five months later—the Bushfire and Natural Hazards CRC was officially in business, with a developing research agenda that is genuinely cross-hazard and user-driven. All involved should be congratulated.

There is still much to be done to become fully operational, but the new national research capacity is driving our ability to think differently about how to deal with natural disasters into the future.

This edition of the Australian Journal of Emergency Management touches on many of the issues that will keep the Bushfire and Natural Hazards CRC occupied over the next eight years—emergency management information sharing, disaster resilience, and the complexity of issues surrounding response, recovery and adaptation.

The Bushfire and Natural Hazards CRC will have a close relationship with the Journal, and will endeavour to use its pages regularly to promote our activities and their benefits to the wider emergency management community.