New Zealand Red Cross provides an insight to the early days of the Red Cross response. 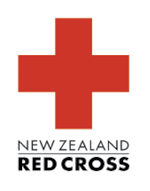 On 4 September 2010, the Canterbury region of New Zealand was hit by a 7.1 magnitude earthquake. Despite the magnitude of the earthquake there were no fatalities, however a number of people were injured and substantial damage was sustained to public buildings, businesses and private properties. Significant liquefaction affected the eastern suburbs, producing around 400,000 tonnes of silt. Nearly six months later on 22 February 2011, the city of Christchurch was struck by a 6.3 magnitude earthquake that caused widespread devastation. Seismologically, this event was classed as an aftershock because of its relationship to the ongoing earthquake activity since September 2010. The quake caused significant loss of life and injury. There were 185 fatalities with nationals from more than 20 countries among the victims. There was severe damage to infrastructure, disruption to services and extensive liquefaction in some areas.

A national state of emergency was declared on 23 February 2011, which stayed in place until 30 April 2011. The earthquakes in Canterbury have generated around 12,000 aftershocks. A large aftershock on 13 June 2011 caused considerable damage, especially to sewerage infrastructure.

Canterbury has also been affected by adverse weather events, including power cuts and school closures caused by snowstorms. This has been particularly difficult for people with damaged homes and those without mains sewerage. The intensity and frequency of seismic events means that a linear transition from response to recovery has not been possible. New Zealand Red Cross response and short-term recovery activities and longer-term recovery planning, were operating in parallel with response activities that were scaled up when required.

To lead the recovery of Canterbury, the government established the Canterbury Earthquake Recovery Authority (CERA) to work with the people of Canterbury to rebuild Christchurch and its surroundings. New Zealand Red Cross undertook a range of activities in response to the February earthquake.

Fourteen response teams from across New Zealand were sent to support the Red Cross response. A total of 289 volunteers worked more than 6,800 hours undertaking a number of roles, including welfare centre support, registration, light search and rescue (SAR), support to the Emergency Operations Centre (EOC), and on-call tasks.

The New Zealand Red Cross conducted outreach on a small scale, based on a referral system where requests are received from beneficiaries, concerned friends, relatives or agencies. The outreach team received five to 10 calls a week which increased sharply during extreme weather and seismic events. Immediately following the February quake, outreach was conducted almost full-time for two to three months using up to four teams at any one time. New Zealand Red Cross has grown its Outreach service and now has 80 volunteers providing around 50 visits a week, with more than 2200 visits so far this year. The team has also completed 3000 door-knocks this year in affected suburbs.

New Zealand Red Cross conducted surveys and assessments as part of an inter-agency program Operation Suburb to determine the needs of 70,000 people affected by the disaster as well as to disseminate information regarding available services and grants.

New Zealand Red Cross collected and recorded a large amount of registration data, using social media to connect with hundreds of IT-savvy volunteers, most of whom had no previous involvement with Red Cross. Capitalising on their innovative ideas and skills, more than 50,000 people were recorded in the Public Registration and Inquiry Database for Emergencies (PRIDE).

A number of government agencies used the PRIDE database as a vital source of information. With the assistance of two Australian Red Cross workers, New Zealand Red Cross assisted the police with enquiries for missing persons and resolved 832 cases. Three call centres in Hamilton, Palmerston North, and Christchurch were also set up and operational within 48 hours. These call centres processed more than 15,000 calls in the first night. The Hamilton call centre was open 24 hours a day for the first 10 days. It remained open for 27 days, processing 73,500 calls in that time.

The objective of the water program was to reduce the risks of water and sanitation diseases to those affected by the earthquake through the provision of safe water and hygiene promotion.