Lessons from Cyclone Debbie: how important is preparation?

What does being prepared for a disaster look like? Red Cross asked three people how they prepared for Cyclone Debbie and whether they would do anything different next time.

One week after the flood waters of Lismore reached their peak, local business operator John Nolan was still coming to terms with what happened.

He lost $100,000 worth of stock and equipment and damage to his building was estimated at $60,000. John is a seasoned emergency worker with 30 years service as a marine rescue volunteer and 15 years in the fire service. He says even he didn’t see what was coming.

‘In something like this you should never ever be complacent. Don’t ever think, “No, it’s not going to happen to me”, because you just never know. Noone honestly thought that this would ever happen here, ever, and it did.

‘Be over-prepared. We did a lot here to try and be prepared because in 1954 [the last flood] only barely came through here, and that was before the levy bank was put in, so we honestly never thought we’d get as high as it did,’ he said.

Next time, he’ll keep priceless items in a safe place.

‘I’ve lost some photos and some bits and pieces in here, they’re only silly little things to some people, things like pictures of rescue boats that I’ve driven in the years gone by; a silly little thing like that just sets you off.

‘You can fix a building and you can replace stock eventually when you get the money to do it, but little things like that; you’ll never get those back,’ he said. 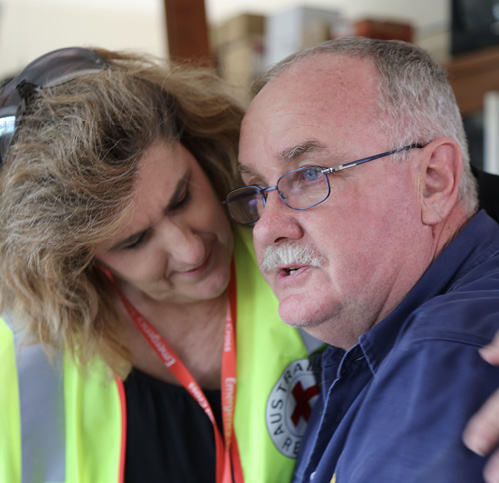 It’s a similar story with Emmanuel Vella, whose family home was submerged by raging floodwaters in Drapers Siding, inland of Mackay.

He’s lived there for 37 years and never experienced river heights anything like those during Cyclone Debbie. Everything stored underneath his house was destroyed. He lost two vehicles, a ride-on mower, washing machine, dryer, pool table and countless other items valuable only to him.

‘My advice would be, do not rely on past cyclones; do not rely on past heights. Think that it could be higher. When you go through a few cyclones and not much happens, you get familiar and, as the saying goes, “familiarity breeds contempt”,’ he said. 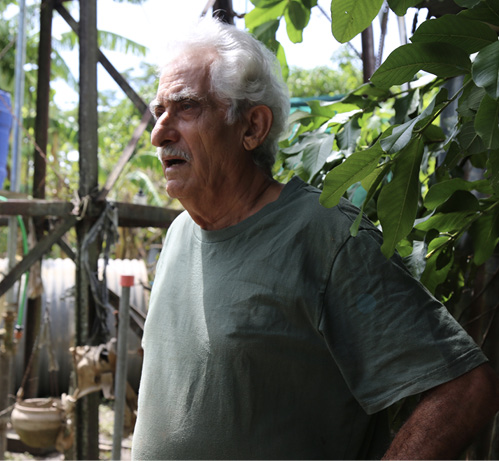 Meanwhile, in the township of Eton, inland of the north Queensland town of Mackay, Tanya Hornsby is still reeling from the suddenness of the flooding they lived through on their rural property.

She says even though she felt she was prepared and had been listening to the warnings about Cyclone Debbie’s approach it wasn’t until the river they live by burst its banks that it really hit her.

‘I sort of don’t cope. If I see my place in dire straits or whatever, I just hit the panic button and I don’t listen, I don’t comprehend anything. I just see devastation. But because I had the kids here, I thought, “No, I’ve got to keep it together”. I put a pillow over my head, I have to admit, thinking if I didn’t hear it, it wasn’t there,’ she said.

She says next time her preparation will include readying herself emotionally for the shock ahead. She aims to not get as emotional and she’d move the animals sooner. Tanya is still devastated at the loss of a heifer: ‘Now she’s gone, I can’t do anything,’ she said. 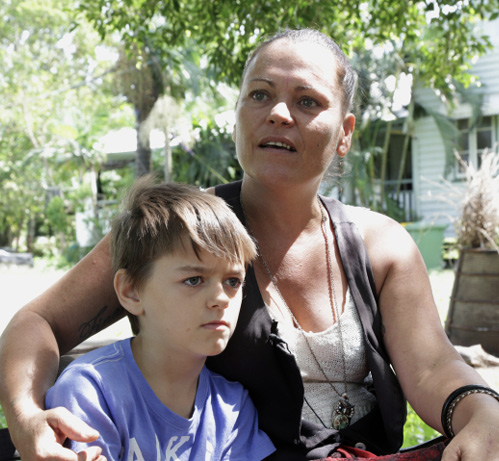 Australian Red Cross has been helping in emergencies in Australia since 1914. A critical aspect of this work is helping people and communities prepare for a crisis, both physically and emotionally. There is ample evidence that being prepared for an emergency can save lives and help people to recover and get back on their feet quickly.

Red Cross encourages people to use a RediPlan, which helps people to be better prepared, better connected to each other and more resilient when emergencies happen.