The recent United Nations (UN) Global Platform for Disaster Risk Reduction (DRR), held in Cancun, Mexico from 22-26 May 2017, is the fifth version of a biennial meeting of researchers, practitioners and policymakers. Starting in 2007, the meetings reflect UN-level efforts to reduce escalating hazards and disaster risks worldwide.

The Global Platform for DRR is intended to review progress, share experiences and identify actions and priorities for the most recent accord, the Sendai Framework for Action 2015-2030 (SFDRR). At the 2017 Global Platform an emphasis on the role for science and technology was progressed, building on a much-enhanced emphasis for science and technology in the SFDRR versus the Hyogo Framework for Action (HFA). In particular, the role of science and technology in providing evidence for policy transfer was emphasised, for both policy development and implementation; two related but quite distinct processes. Another development in the SFDRR is a focus on outcome targets and related indicators.

Focus on SFDRR targets and indicators

Given definite science-driven, policy-related ‘wins’ across the 10-year HFA, it is anticipated that the increased role for science and technology can drive greater change across the 15-year SFDRR. This includes increasingly sophisticated target and indicator development and monitoring mechanisms. At the 2017 Global Platform several sessions focused on SFDRR targets and related indicators. In addition to the seven main SFDRR targets (and their indicators), companion work goes on to supplement and extend monitoring. Additional forums discussed supplementary targets and indicators, such as those on ‘comprehensive school safety’ (linked to SFDRR Target D1), developed by the UNESCO/UNICEF-led Global Alliance for Disaster Risk Reduction and Resilience in the Education Section. 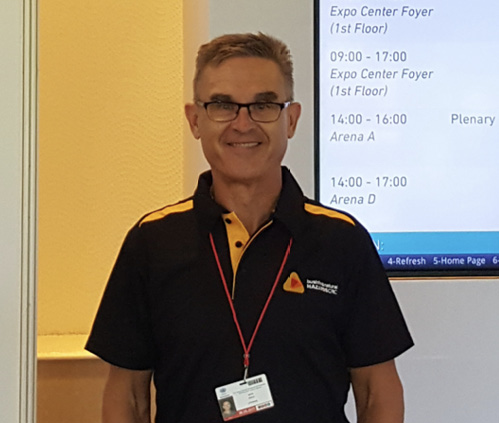 Creating input and outcome indices for monitoring is a landmark achievement on its own that reflects an increasing allegiance in DRR internationally to a more secure scientific foundation. However, it is a much more complex endeavour to systematically and scientifically monitor and evaluate a set of indicators, including reliably and against a set of validity criteria.

Research-policy-practice networks: indicators and beyond

Across all seven main SFDRR targets, much work will be required. One way that is written into the SFDRR is establishing, mobilising and coordinating research-policy-practice networks. Given this direction, the Science and Technical Advisory Group (STAG) facilitated a networking mechanism called the Scientific and Technical Partnership for the implementation of the SFDRR. Through the UNISDR STAG, networking analysis and advocacy is underway to help infuse science into SFDRR-related policy and practice.

In the child-centred DRR (CC-DRR) and educational sphere, much work was done prior to, and at the Global Platform, to facilitate increased networking and understanding of policy, practice and research needs. Two separate surveys commissioned by the Global Facility for Disaster Risk Reduction and Save the Children surveyed CC-DRR policymakers and CC-DRR practitioners and researchers globally. These surveys are part of a model-driven suite of 10 CC-DRR research projects and studies, following ground breaking support from the C&A Foundation to Save the Children. Preliminary findings were shared at a GlobalPlatform CC-DRR practitioner-researcher pre-meeting hosted by two of the authors. Alongside presenting those findings, discussions were framed by a history of CC-DRR developments, current policy-practice-research developments, a suite of policy- and practice-friendly materials being developed (e.g. research-practice briefs, success story case examples; study findings), and social network analysis findings. Discussions are being summarised to promote a shared, science-supported agenda across the sector, including reconciling different traditions of research and research transfer mechanisms in CC-DRR work. 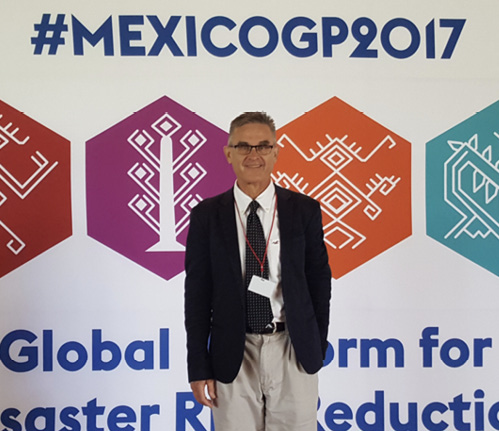 The role of science in DRR

While solid progress was made across the HFA, including in the CC-DRR area, significant gaps have remained. The advent of the SFDRR, and its inclusion of an enhanced role for science and technology, serves as a reminder about functions that science and scientists can play to assist to close SFDRR-related gaps in policy and practice. More generally, it serves as a reminder that those in the DRR science community are not merely knowledge generators, but also have important roles as science communicators, practice and policy (and evidence-informed) advocates, science arbiters and policy alternative brokers. To this, we would add, based on our translational research programs and many others within the Bushfire and Natural Hazards CRC that we also can, and should be relationship, network, and vision facilitators. We should promote practice- and policy-friendly, research-driven models, agenda development and important utilisation products. In doing so, we can promote effective DRR-related knowledge transfer, guidance and tools development. These can realise important goals, targets and outcomes, whether at an international SFDRR level or here at home, reflecting the Australian National Strategy for Disaster Resilience.