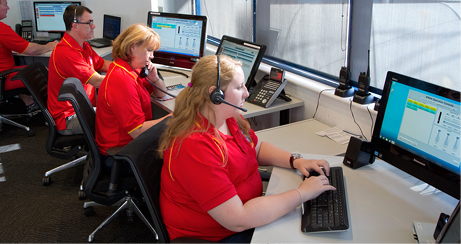 The Surf Emergency Response System (SERS) was established in 2008 by Surf Life Saving (SLS) as a single point of contact within each state for Police and other emergency services organisations to contact and activate lifesaving services. SERS was created in response to the complex and inconsistent system within SLS and used by emergency services organisations to contact SLS aquatic rescue services. The single access point phone number provided effective communication between emergency service agencies and SLS to arrange and coordinate aquatic rescue services along the Australian coastline.

Since its inception, SERS has received over 2000 call outs from Police or State Emergency Services and performed hundreds of rescues in New South Wales alone, the majority being at unpatrolled locations or outside patrol hours. In its first years of operation SERS was not audited or reviewed at a national level.

In 2011, an audit under the National Emergency Management Projects program was developed to conduct a full evaluation of the efficiency and effectiveness of the SERS and develop an improvement plan focussed on better inter-agency communication and efficiency. The project was scoped to a national scale to capitalise on the benefits particular to each jurisdiction.

In each jurisdiction a full evaluation of the efficiency and effectiveness of the existing SERS was conducted, which included the communications and dispatch system. Based on those findings a review was completed and feedback from stakeholders added to the final determination. This provided a truly national snapshot of the status of the SERS. With this information, an improvement strategy was drafted in collaboration with SLS and its allied agencies. The strategy identified and documented the improvements needed and the action plan for improvement.

Anticipated outcomes and benefits include:

To enable SLS to actively participate as an integral part of Australia’s emergency management network, the SLS infrastructure, services and systems must undergo continuous improvement. The seven SLS state centres are continually reinforcing and improving SERS based on jurisdictional and operational need. SLS Australia is investigating the next generation infrastructure that supports the single point of contact to ensure it meets the changing needs of SLS state centre requirements.

SLS promotes Triple Zero (000) as the first point of contact for coastal and aquatic emergencies.