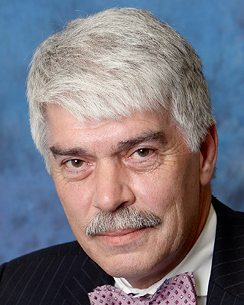 On 14 December 2011, the first ever Commonwealth Minister for Emergency Management, The Honourable Robert McClelland MP, was sworn in. Minister McClelland is very familiar with this area of work and we look forward to working with him in this role.

Minister McClelland has an interest in new social media as a means of improved communication for disaster resilience. He recently launched the new ‘DisasterWatch’ phone app that has been developed by the Department. The DisasterWatch app will improve national access to disaster information and help reduce unnecessary calls to Triple Zero in the event of a natural disaster.

This first edition of AJEM for 2012 has a Social Media theme. In addition, it also features:

In relation to social media, I find that it is proving to be a powerful tool in all aspects of emergency management. The unexpectedness and speed at which humanitarian disasters can sometimes strike is often – in these digital times – initially documented and transmitted through the various social media channels by individuals witnessing the crises first-hand and through their friends.

During the Queensland floods of January 2011, the Queensland Police’s mythbusters tweets were used to clarify misinformation circulating on Twitter. The mythbuster tweets intervened into the public discussion space successfully correcting wrong information but also building their own credibility.

Looking ahead, 2012 will see all of us, including AJEM, actively progressing the COAG National Strategy for Disaster Resilience. The relevant Ministerial Council, the Standing Council on Police and Emergency Management SCPEM, has provided guidance on six key messages in relation to national disaster resilience. I present them here for you, in their short form:

A broader Communications Plan for the Disaster Resilience Strategy has also been formulated and proposals for resourcing and co-ordination will be brought before the National Emergency Management Committee.

I trust this future-focused edition of AJEM inspires your emergency related work.

Mr Roger Wilkins AO is Secretary of the Australian Attorney-General’s Department. Prior to his appointment in 2008, he was Citi’s Head of Government and Public Sector Group Australia and New Zealand.

Mr Wilkins was the Director-General of the New South Wales Cabinet, and Director-General of the Ministry of Arts. He has chaired a number of national taskforces and committees and was responsible for the introduction of an emissions trading scheme in New South Wales and design of a national emissions trading scheme for Australia. In 2008 he led the strategic review of climate change programs for the Commonwealth Government.

Mr Wilkins is a member of the Board of the Forum of Federations and advises international federal systems, particularly on fiscal issues. He was appointed an Officer of the Order of Australia in 2007 for service to public administration in New South Wales.