Rosa Serratore, Chief Librarian, gives an insight into the Bureau of Meteorology's Library

Rosa Serratore, Chief Librarian, gives an insight into the Bureau of Meteorology’s Library.

“What is the definition of shade?” “What was the role of weather forecasters during the war?” “Where are Queensland’s rainfall belts?”

These questions are a snapshot of the sort of enquiries received by the Bureau of Meteorology’s National Meteorological Library (NML).

As well as managing a leading collection of key meteorological books and journals, the Library also manages and develops substantial collections in climatology, oceanography, hydrology, disaster management, and Antarctica. The Library welcomes visitors frequently hosting local and international visitors. However, external lending is restricted to interlibrary loan to other libraries only.

The Library is the keeper of the Bureau’s research and corporate history. A unique feature of the NML is its Rare Book collection. Amongst its treasures are: 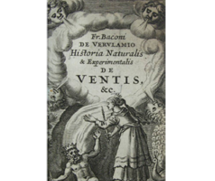 The Library receives varied and challenging enquiries from Bureau staff as well as from non-Bureau researchers and enthusiastic amateur meteorologists. The following example highlights the significance of the NML’s manuscript collection.

The NML’s Rare Book collection includes the original meteorological records of the British, Australian and New Zealand Antarctic Research Expedition under the command of Sir Douglas Mawson. They were never published and it appears that these manuscripts are probably the only source of the meteorological data kept on board the ship, the Discovery, during its two trips to the Antarctic between 1929 and 1931. 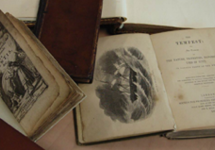 A sample of early work from the Library’s Rare Book collection.

One of the most popular activities run by the Library is the monthly breakfast information sessions. Bureau staff in Head Office are invited along to hear about a new product or service offered by the Library for a short 30-minute session. One recent breakfast featured emergency and disaster management resources.

The monthly sessions are well attended although the home-baked goodies on offer, particularly the scones, may be the key drawcard!

The NML is a member of the ALIES network. ALIES is the Australasian Libraries in the Emergency Sector network. It collaborates to fulfil the information needs of the emergency sector throughout Australia and New Zealand by exchanging and sharing information, skills and resources among libraries. The various member libraries also maintain a distributed Australasian emergency management collection and provide an expert information service.

ALIES, founded in 1991, is governed by an Executive Committee with elected representatives from member libraries. The NML’s Chief Librarian is currently a member of the ALIES Executive.