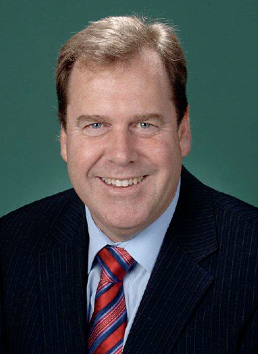 The devastating fires of February 2009 were amongst the worst natural disasters in our nation’s history. Tragically, 173 lives were lost as a direct result of the terrible fires on what has become known as Black Saturday. The shock and horror of this event reverberated around the globe with an unprecedented response in the form of donations and offers of assistance.

This special edition of the Australian Journal of Emergency Management is a collection of contemporary and expert writings on fire management with a focus on the Black Saturday fires.

My thanks to Naomi Brown, Chief Executive Officer of the Australasian Fire and Emergency Service Authorities Council, who has kindly written the foreword for this edition. Naomi has extensive experience in emergency management and a background in community education and engagement.

This past summer, our country has again experienced unimaginable destruction from disasters including vast areas of Queensland, Victoria and NSW being inundated by flood waters. With Queensland already on its knees following the floods, communities in the north of the state were devastated by Tropical Cyclone Yasi. Western Australia, South Australian, Tasmania and the Northern Territory have also been hit by disaster including floods, storms and tropical cyclones.

The Australian Government’s response to these unprecedented events will be a contribution of up to 75% of funding for relief, rebuilding and reconstruction, under the Natural Disaster Relief and Recovery Arrangements, including a two billion dollar advance to Queensland.

More recently, our regional neighbours in Christchurch, New Zealand and North Eastern Japan, have suffered the dreadful impacts of earthquakes and tsunami that have killed too many. Australia has assisted both of these nations in the aftermath of these terrible events by providing urban search and rescue experts, police and medical staff, all willingly offered by several States and Territories.

In February this year, the Council of Australian Governments (COAG) adopted the National Strategy for Disaster Resilience which identifies priority areas to build disaster resilient communities across Australia. Information about the COAG announcement and also the preceding Ministerial Council for Emergency Management Communiqué is summarised in this edition. More information can be found at our national emergency management website – www.em.gov.au.

I commend this special edition of the Australian Journal of Emergency Management to you and trust it will prove to be a valuable resource.