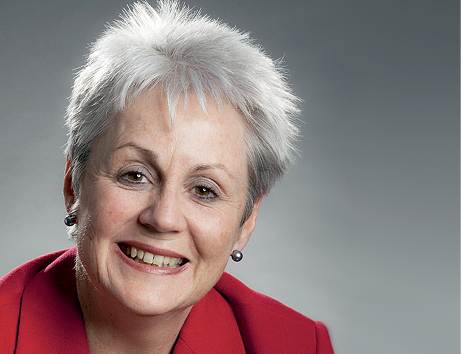 The two plus years since the Black Saturday fires have been extraordinary for the Australian fire and emergency services. The events and their aftermath have affected many aspects of fire fighting, emergency management and administrative and reporting arrangements, investment in technology and policy making. The fire and emergency services have had to question themselves and of course for some, be questioned in the most public way. Most of all, the relationship between fire agencies and the community has probably altered forever; at least in some parts of Australia. This is not just the result of shock or disappointment, it is obvious that in the most dangerous of bushfires, fire agencies were not able to protect them all.

Society itself had been moving into an instant information era that had not been fully tested on fire services before this event. While fire agencies, like other authorities were becoming aware of social media and its role in disasters, the Black Saturday fires and subsequent major floods and earthquakes have demonstrated not just that we are all well past the age of authorities being able to control an ‘official line’ but that the expectation for instant accurate information by the public has well exceeded the capacity of any authority to meet it. This will be an ongoing source of tension and criticism for all emergency management agencies. Much effort by many and support from Governments has resulted in greatly improved systems and technology for information and warnings to the public. This is a most welcome occurrence which will no doubt improve the flow of information to communities.

What is in great danger of being glossed over however, is the difficult work around understanding the context in which people live and their personal make up and predispositions which strongly influence how they will behave in a dynamic fire situation. One of the greatest learnings from the Royal Commission was the sheer inventiveness and determination of people who are faced with appalling life threatening situations. We have to keep reminding ourselves that in disasters people often rely on local resources and unofficial networks of communication. There is a great deal that could be done to foster community and household capacity but it requires people on the ground, interaction and the ability to listen to and work with communities rather than have centralised bodies determine what people need. Without a focus on all parts of this picture we are in danger of being in a situation of wondering why, with all of the information directed at people they have still not made the “right” choices and we are once again examining what went wrong after another tragedy.

A big job the fire and emergency agencies have now is to meet the community expectations of them. It has been a struggle to participate in the inquiry (for some), understand the recommendations and their implications, review planning and building codes, alter approaches and educational material, locate and publicise shelters all while ensuring readiness for the two fire seasons that have passed since that day. On top of this, the country has been more cursed with flood than fire in the last two years thus stretching resources and testing systems and communities like never before.

It is appropriate now to take time to absorb what we have learned from this dreadful event, the Inquiry following it and indeed, the subsequent events and disasters. We now also have a wealth of excellent research which has tackled questions posed by the tragedy. Our efforts must be on ensuring that all of this new knowledge is read, understood and translated into policy and practice. The contents of this edition of the AJEM are here to help you do that and I commend the articles to you.