Disaster risk management should be an integral part of economic planning 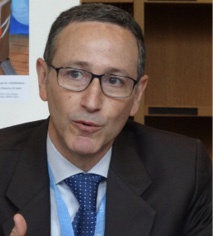 Research carried out on behalf of the Australian Business Roundtable for Disaster Resilience earlier this year showed that over $450 million was spent annually by the Australian government on restoring essential public infrastructure following extreme weather events between 2002 and 2011. In other words, that is around 1.6 per cent of total spending on public infrastructure.

The research also includes a calculation that some $17 billion will need to be spent on replacing essential infrastructure impacted by disasters between 2015 and 2050, out of total spending on infrastructure of approximately $1.1 trillion over the same period. The Australian Business Roundtable for Disaster Resilience has also highlighted that when both social and economic impacts are included, the price tag for disasters in Australia last year alone exceeded $9 billion or 0.6 per cent of GDP.

This goes some way towards explaining why the global plan for reducing disaster losses, the Sendai Framework for Disaster Risk Reduction, includes a specific target focussed on reducing damage to critical infrastructure and disruption of basic services, and another on reducing economic losses in relation to global GDP. Neither of these targets can be achieved without a marked shift to include disaster risk management as an essential element of economic planning.

Private investment largely determines disaster risk. The private sector accounts for 70 to 85 per cent of overall investment in most economies. Disasters directly affect business performance and undermine longer-term competiveness and sustainability. When business continuity breaks down it can easily translate into lost customers and bankruptcy.

The recent history of disasters worldwide is punctuated by examples of how they can disrupt globalised supply chains in often unforeseen ways because disaster risk has been off the radar in economic planning at both senior management and boardroom levels. For instance, there were massive reductions in automobile production in the USA, India and China as a result of the 2011 Japan earthquake and tsunami. And yet, disaster risk remains conspicuously absent in business forecasts and operational plans.

If a survey was carried out of small and medium enterprises in Australia, how many would be able to say their investments take account of the disaster risks which could threaten their future business growth or their very existence?

Not so long ago a survey carried out for the UN Office for Disaster Risk Reduction’s (UNISDR) Global Assessment Report on Disaster Risk Reduction found that less than 15 per cent of companies with fewer than 100 employees in disaster-prone cities in the Americas actually have business continuity or crisis management plans in place.

Disaster risks are rarely visible in a world where investing is increasingly short-term and speculative. Often hidden in complex and opaque financial instruments, investments are made blind to disaster risk, despite escalating economic losses worldwide from disasters.

There is a growing number of initiatives to reverse this trend. One such is the Australian Business Roundtable for Disaster Resilience. Another is ARISE, the Private Sector Alliance for Disaster Resilient Societies initiated by UNISDR. ARISE has a broad membership across industries and sectors dedicated to reducing disaster losses through the implementation of the Sendai Framework for Disaster Risk Reduction.

The key message is that good economic and business planning must include disaster risk management in order to guarantee long-term sustainable growth.