All bushfires start small - how they progress to large fires that can impact on communities and cause wide-scale destruction is being studied by a team of Bushfire CRC researchers. Until now, the existing knowledge of fire behaviour and tools for prediction assumed steady-state spread of a fire. Understanding the chances of a fire occurring, as well as the likelihood of spot fires, is essential to understanding the behaviour of bushfires under all possible weather conditions. 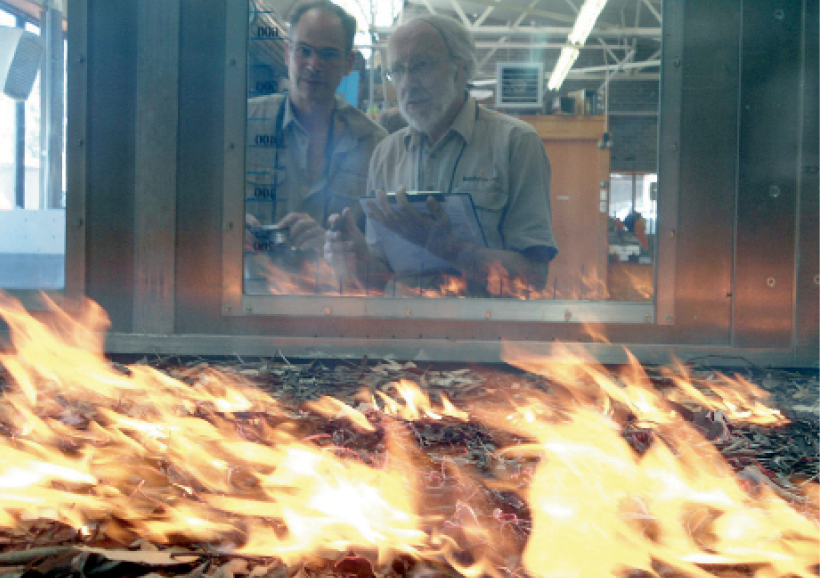 Three key aspects are being investigated:

Dr Andrew Sullivan is the Bushfire CRC research leader for the project and Senior Research Scientist at the CSIRO. He said the team is looking at the problem from a number of different perspectives.

“We are taking a multi-pronged approach to the research which includes considering a large number of experimental fires that were conducted in the 1950s and 1960s by Alan McArthur and his associates.

“These fires were lit at one particular point and then studied for a period of time, sometimes minutes, sometimes up to an hour, before they were extinguished,” he said.

“We cannot control all the variables in field research and it’s very hard to be in the right place at the right time to make observations.” 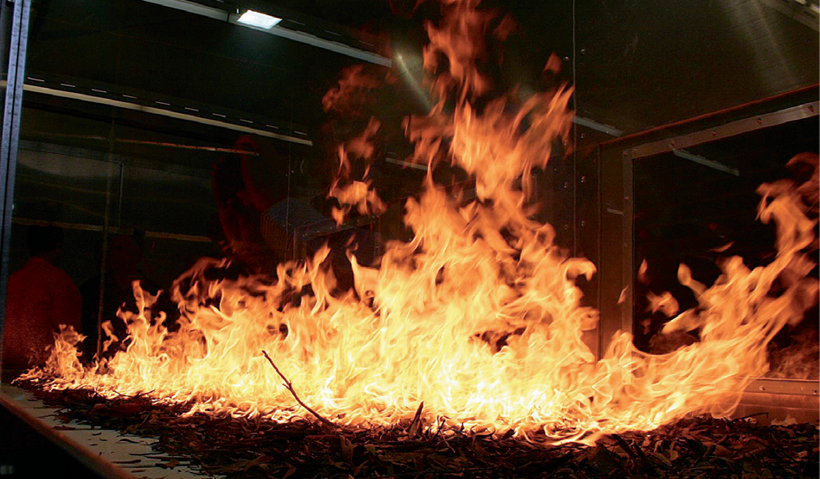 The Pyrotron allows fires to be studied safely.

“We’re looking at the rate of growth of fires that were at different sizes when ignited.

“The McArthur experiments play an important part in fire science; science that is still used today. The experimental fires conducted in the ‘50s and ‘60s have been instrumental in the development of the current McArthur fire danger rating systems for forests and grasslands,” said Dr Sullivan.

In addition to developing the fire danger rating systems, a vast amount of data was collected during McArthur’s experimental fires that wasn’t used. This is the data that Dr Sullivan and his team are drawing on. For example, the rate of growth, which is how fast a fire will develop from a point ignition to a fire that is burning at its steady state, wasn’t analysed in the past.

Point ignition refers to fires that start at one particular point, such as a lightning strike or from a discarded cigarette. This is distinct from fires that may have been burning for some time, or lit in a line, such as prescribed fires. This also includes spot fires.

“Spot fires are fires that have been started during a bushfire by firebrands lofted ahead of the main fire, or brand new fires – either intentionally or accidentally lit.

“A firebrand can be any type of fuel that becomes airborne while still burning, such as twigs or bark. How easily a firebrand becomes airborne and how far it can be transported is determined by its shape and its terminal velocity while burning,” explained Dr Sullivan.

Firebrands with relatively low terminal velocities (five metres per second or less) will become airborne more efficiently than those with relatively high terminal velocities (eight metres per second or more). How far ahead a fire will spot is determined by a firebrand’s flameout and burnout time. Flameout time is the length of time that a firebrand remains flaming during flight, while burnout time is the total combustion time. 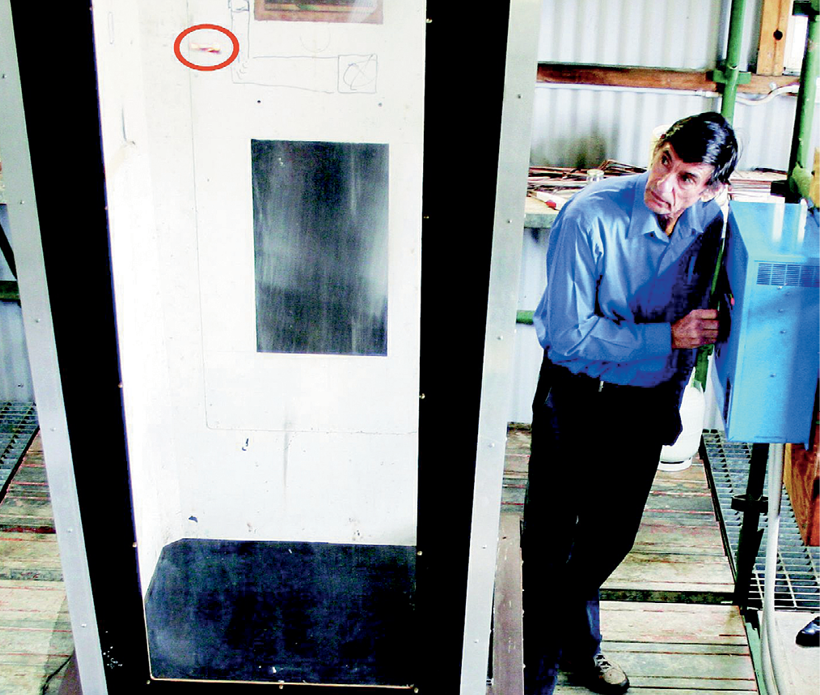 Dr Peter Ellis demonstrates how the vertical wind tunnel allows firebrand samples (circled) to be burnt at their terminal velocities in the laboratory, as though they were actually in flight.

The probability that a firebrand will ignite once it touches the ground is influenced by its state (flaming or glowing) and its mass when it lands. These characteristics can only be measured by burning firebrands at their terminal velocity in the vertical wind tunnel.

“Spotting is one of those aspects of bushfire behaviour that’s been recognised for many years, and has been investigated a number of times, but is so complex. Spotting behaviour can fluctuate in response to variations in fuel, topography and weather, as well as interactions with the atmosphere. These three aspects of the project come together to help predict the spread of a fire.

“We want to be able to provide fire authorities with better information on the potential of a fire to be beyond initial first attack by the time the first fire crew gets to the site.

“If a fire is beyond the first crew’s control, then fire authorities need to move to the next phase of suppression,” said Dr Sullivan.

Simon Heemstra, Manager of Community Planning at the New South Wales Rural Fire Service (RFS), is the lead end user for the project and believes it has the potential to fill a major gap in fire behaviour predictions.

“The implications for both the RFS and firefighting agencies in general are significant.

“The project also has the potential to increase suppression efficiency, and assist in better resource allocation. This may enable fires to be contained faster, increasing the number of fires that can be contained on days when there are many fires occurring,” he said.

The outcome of the research project will be an increased understanding of fire behaviour that can be incorporated into existing fire behaviour modelling systems or used to improve planning for prescribed burning operations.

The aim is to provide support for fire managers evolved in decision-making, including community warnings, planning, operations, monitoring and assessment.

More information is available at http://www.bushfirecrc.com/research.